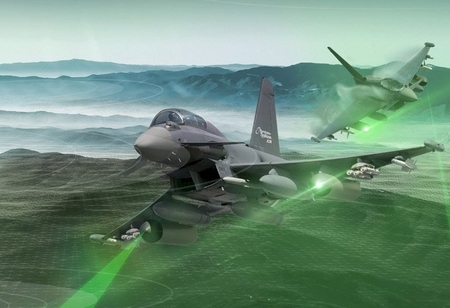 The Indian Air Force (IAF), which has been home to a robust and highly deliberate restructuring, is chiseling the edge of its defense technologies, thanks to a number of foreign and home-grown technologies that have been augmented to the IAF capabilities. Hosting the touchdown of the first batch of the Dassault Rafale, a French twin-engine, canard delta wing, multirole fighter aircraft designed and built by Dassault Aviation, was one of the predominant strides towards this goal.

The Rafale is the first operational European combat aircraft to use an electronic scanning radar. The RBE2 radar used in the aircraft was developed by Thales. If contrasted with the conventional radars used in defense aircrafts, RBE2 can achieve unprecedented levels of situational awareness through earlier detection and tracking of multiple


targets. On the other hand, the superior beam agility coupled with the enormous computing power, the RBE2 radar offers outstanding outcomes that cannot be replicated by mechanical scanning radars.

With border tensions on the raise, the country continues to augment its defense capabilities


When it comes to indigenous defense technologies, India has been exceptional as well. A month ago, India joined an elite club of countries – the US, Russia and China, by successfully testing the flight of made-in-India hypersonic technology demonstrator vehicle (HSTDV). The credit goes to Defense Research & Development Organization (DRDO) for manifesting an elite level of competitiveness.

An unmanned scramjet demonstration aircraft for flights with hypersonic speed, HSTDV is used as a carrier vehicle for hypersonic and long-range cruise missiles. The cruise speed of an HSTDV can be six times the speed of sound, while it can also reach an altitude of 32.5km in just 20 seconds after take-off. The technology in addition has a wide range of civilian applications like launching of small satellites at low cost.

In addition, a couple of weeks ago, IAF had also added an exceptional tool to its armory – RUDRAM, the newly & indigenously developed Anti-Radiation Missile. Once again, developed by DRDO, RUDRAM is the country’s first indigenous anti-radiation missile, which after successful flight-test now belongs to the Indian Air Force (IAF). The missile was launched from SU-30 Mk1 fighter aircraft. It comes as a belated 88th Air Force Day gift to the IAF. The DRDO had also successfully flight-tested the Supersonic Missile assisted release of Torpedo, SMART on October the fifth, which is a major technology breakthrough for stand-off capability in anti-submarine warfare. It had also completed the testing of laser guided Anti-Tank Guided Missile a couple of days back.

With border tensions on the raise, the country continues to augment its defense capabilities, not only on the air force front but the Army and Navy are doing the same as well. The Indian Army had recently asserted that if China created conditions for war, they will face a better groomed, better prepared, fully rested, and psychologically hardened Indian troops. The technological advancements that the defense sector hosted over the last few years is a great influence behind these powerful words.