Fake News - How AI Can Combat 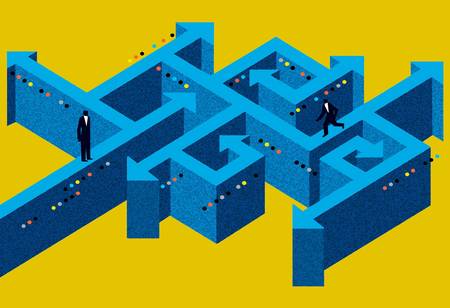 As social media platforms and video platforms have become widely used, fake news has been rearing its ugly head for a while now. Fake news has become a global crisis, affecting the political and social stability by engineering it as a tool to incite fear and inject propaganda.

Facebook is a prime example that has become a scapegoat which earned explicit denunciations for becoming the medium for fake news to spread. However, the social media giant has been flexing its operations to target and combat the spread of fake news using emerging technology assistance. We look into the aspect of how AI technology can be used as a potential tool to combat fake news and stop from spreading.

AI-driven Data Veracity Efforts
Ever since technocrats and experts have found that AI can be a cornerstone in checking the authenticity of information, the efforts to unearth how AI detect fake news have not ceased to rest.

Harnessing the capability of AI, it can efficiently find patterns of usage of words that can locate fake news. Data is growing bigger making it vulnerable for misinformation and fake news. Scoring web pages is a method that takes accurate facts and makes attempts to understand the content of the pages, barring any support from third-parties. This method is widely used by search giants like Google. Once natural language processing technology can be used to run along headlines and main body texts, AI can be used to take the next step forward to reporting the content if it is false.

Ethics in AI
The emergence of automotive AI and the influence exerted by social media platforms in day-to-day lives have raised the importance of AI Ethics and the implications it can have. An algorithm that is trained on biasness only reinforces it while generating results. While experts mount a different lens over the technology of self-driving car spectacle, the National Highway Traffic Administration says that autonomous cars falls into an ethical dilemma to choose between the passenger and the pedestrian. As aforementioned, AI assessment tools are underpinned by human written codes, which are subjected to the biasness of the designer.

Need for a Proper Tech Policy
As we know, the unrest happened due to technology can also find answer to curtail the fake news problem. In parallel to the measures made by Artificial Intelligence to combat fake news , it is the need of the hour for global tech companies to put their Tech Policy to the test. Today, journalists started using Graph technology to trawl across humongous amount of data and leverage connections linked to Panama and Paradise Papers. Google also uses knowledge graph to widen its search engine capabilities and map out the web by presenting Graph technology as a solution for filtering out fake news and misinformation.

“I hope Artificial Intelligence could be more in use for spotting fake news, but we also need to formulate the human game. In the end, it will be a team effort between humans and machines,” said Antoine Bordes, European Director at Facebook AI Research Lab.