Five Movies that Every Technopreneur Should Watch 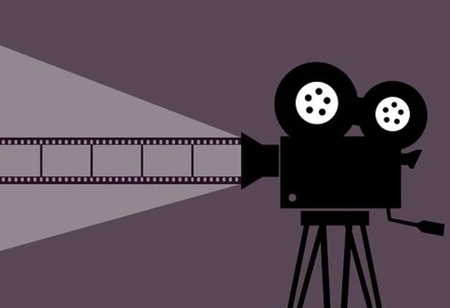 “Hello, Mr. Yakomoto, how did those assorted tank tops work out for you?” The digital screen at the entrance of a GAP store scans eyes and calls out when the protagonist (Tom Cruse) enters the store. NO! Tom Cruse didn’t perform in any Personalized Marketing movie lately. The scenes are from the Hollywood movie Minority Report, which was directed by Steven Spielberg in 2002, but lighted a future after 50 years. At a time when data science, artificial intelligence and machine learning were barely terminologies, the reel world continued to be a hub of such excellent ideas and inspirations. Let’s take a look at some of the Hollywood movies that every technopreneur should watch. 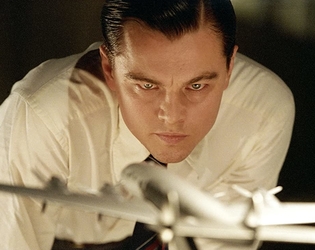 Biopic of billionaire Howard Hughes, The Aviator is a Martin Scorsese movie. If you are in pursuit of a more intense definition of passion and the stretched limits it can take you to, The Aviator is the movie for your; getting to immerse in a pure Leonardo DiCaprio art is an added benefit. Howard is a filmmaker who happens to make a war movie in the late 1920s, using real aircrafts, which was first-of-its-kind in the industry. To get a perceptive, the plot is around 1927–1947; remember, the first military aircraft was built only in 1911. Passing through unusual hurdles and struggles, he completes the movie, which triggers his passion for aviation. Despite herculean challenges, war with the regulatory bodies and then some, Howard never gave up on his passion, went on to build Hughes Aircraft Company, and became a torch bearer of the modern aviation industry.

If you have any remaining apprehensions about the power of data analytics, the 2011 American

biographical sports drama directed by Bennett Miller, Moneyball could clear it out for you. Oakland A is one of the low key baseball teams in the US. The plot revolves around the team’s general manager Billy Beane (Brad Pitt) endeavoring to assemble a winning baseball team, despite a lean budget. He happens to meet Peter Brand, an analyst. Billy and Peter start trading, signing, and grooming the team based on data and computer-generated analysis, not scouting. They take Oakland A to unbelievable triumphs. Based on a true story, the movie is powerful enough to stir up some thoughts.

The Pursuit of Happyness

Technology business is both hard and smart work. The heart-touching biopic of Chris Gardner, a stock broker, who goes on to become a millionaire, and his toddler son. Despite his wife leaving him, going out of job, and being forced to work as an intern in a brokerage firm without any pay, Chris never gives up. He banks on his sublime mentality and hardworking attitude to chisel his own luck. Portrayed by the amazing Will Smith and his son Jaden, the story is a direct path to discerning the paramount importance of hard work, hope in life, and perseverance.

An idea sold wrong is an idea in vain. Don’t mistake 12 Angry Men for a marketing movie. But it manifests the best way to sell a thought even to a person who doesn’t believe in it or stands completely against it. The whole plot of the story is within the confinement of a Jury Room. Oscar-winning actor Henry Fonda takes his character into perfection, standing for a falsely-accused young convict, against 11 other juries who are convinced that the accused is guilty. He sells his thoughts in an exemplary manner.

Pirates of Silicon Valley, a movie that shows technology pioneers Steve Jobs (Noah Wyle) and Bill Gates (Anthony Michael Hall) revolutionizing lives in the 20th century, is all about preserving your idea and building an empire out of it. An encyclopedia of technopreneur life, the movie tells you about the struggles of two legends during their college, inception of their companies, and their thought process and actions that led to building the global corporate empires of Apple Computer Corporation and Microsoft Inc.