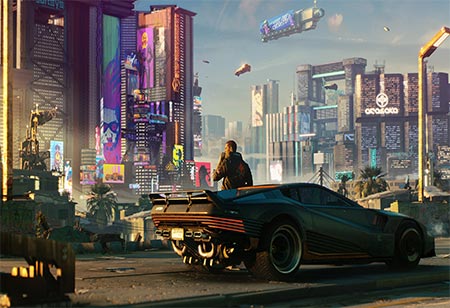 The rapid advancements in technologies such as Cloud Computing, Artificial Intelligence, and Virtual & Augmented Reality have transformed the Gaming Industry to unprecedented heights. The Video Game industry is more than just a booming industry – the rise of the artificial games has completely altered the definition of how we consume entertainment. At present, there are more than 2.3 billion active gamers around the world. It includes everyone from PC gamers to casual mobile phone gamers to console gamers (Play station, Xbox).

According to a research conducted by GlobalData, the Gaming industry generated a market revenue of 152 Billion USD in the year 2019 alone which is larger than the revenue generated by the music industry ( 53 Billion) and all major sports leagues such as NBA(8.76 Billion), NFL ( 2.86 Billion), Major League Soccer ( 0.77 Billion) , EPL ( 7.8 Billion), Liga Santander(5 Billion , German Bundesliga ( 4.8 Billion) and IPL( 6.7 Billion) combined!

Online games such as Fortnite, PUBG, and Apex Playground have completely revolutionized the online gaming segment with thousands of streamers showcasing their gaming skills and earning a handsome amount of money from channel sponsors, game companies, fans, and advertisements. As crazy as it may sound, but it is a common occurrence nowadays to see celebrities cheering for a 16 year old teenager at major gaming competitions.

Experts are predicting that the gaming industry will generate revenue of 300 Billion USD by 2025. Apart from major tech. companies like Google and Microsoft, a host of other companies are also trying to cash in on this market by launching their own streaming services.

With over a billion games out there to be installed and played, innumerable games will be coming up in the future. A lot of games are set to be released this year with some being re-launches and sequels while others are independent titles. Let us look at the 5 most anticipated video games of 2020.

Cyberpunk 2077
Platform(s): PC, PS4, Xbox 1
Release Date: September 17, 2020
A first- person open-world adventure game set in the futuristic nightlife of London; Cyberpunk 2077 enables the users to do anything they want for a price. Cyberpunk 2077 promises to be a living world unlike another. From memory implants to memory hacking there are a ton of cool skills and tricks to learn within the game once the gamers take control of the protagonist alongside driving, shooting and action to stay alive in the dystopic Neon light dominated setting of Cyberpunk 2077.

System Shock
Platform(s): Xbox One, Playstation 4 and PC.
Release Date: First Quarter of 2020
System Shock was first released in 1994, and back then it was hailed as one of the breakthrough games in the action-adventure- horror genre due to its innovative combat ideas, complex puzzles, and emergent immersive gameplay. System Shock inspired a host of other games such as the Bioshock franchise and Deus Ex.

The remake of System Shock is set to be released in the early part of 2020, and it is one of the most anticipated games coming up among the action-adventure game lovers.

Empire of Sins
Platform(s): Xbox One, Playstation 4, Nintendo Switch and PC.
Release Date: Fall of 2020
Empire of Sins will put the gamers in charge of a gang trying to conquer new territory in the Prohibition era. The game will take the user to a point in history dominated by Jazz music, Bootleggers and stylish gangsters. In order to become the highest ranking gangster in the city, the player will be involved in planning attacks to take over distilleries, speakeasies and even brothels in this turn-based strategy game.

Wasteland 3
Platform(s): Xbox One, Playstation 4, and PC.
Release Date: May 19, 2020
Set in the post-apocalyptic world of Colorado, Wasteland 3 promises to be one of the most prophesized upcoming games in 2020. With the option to play in a co-op setting and solo as well Wasteland series is one of the most popular open-world RPG shooting games ever made. Similar to the Far Cry series and Borderlands 2, Wasteland offers a story- driven experience, with each decision made by the gamer will take the player to a particular direction in the storyline.

These are a few of the many highly anticipated games that will be released this year. What games are you looking forward to playing?