Healthcare IT Needs to Regroup and Fight Back 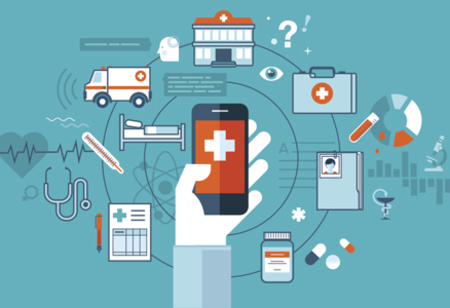 It’s been a long time since the healthcare sector in our country embraced digital transformation to enhance the quality of healthcare and simultaneously democratize this quality by improving accessibility. According to ResearchAndMarkets.com, the subcontinent's digital healthcare market was valued at Rs.116.61 billion in 2018, and is estimated to reach Rs.485.43 billion by 2024, growing at a CAGR of approximately 27.41 percent. But the covid-19 pandemic has been disruptive, calling for immediate actions. The transformation of healthcare IT from a growing trend to an inevitable healthcare alternative was in shut-eye time, leaving hardly a couple of months’ time for the industry to react. Although, it’s quite impressive the way the healthcare IT industry in our country has responded to the on-going pandemic by helping patients to access healthcare without the need to step out of their home.

It’s a relief more than you imagine. There in fact is a threat, looming around in hospitals - hospital acquired infection (HAI). Let’s take the case of England’s NHS, according to several reports, up to 20 percent of hospital patients with Covid-19 caught it at hospital.

Many of them contracted the disease during the pandemic while already being treated there for another illness. Some of the infections were passed on by hospital staff who were unaware of their asymptomatic infection. Hence, the predicament is more threatening in our country, considering the fact the Indian hospitals don’t have a pleasant record of securing people from HAIs.

Over the last couple of months, across the country, there have been hundreds of reported and unreported HAI cases. Kerala is a case in point. Several patients, who were undergoing treatment for other ailments in private hospitals across Karala have reported contracting Covid-19. According to a report, since July 16, more than 10 such cases have been reported in the district of Ernakulam alone. In the following days, similar instances were also reported from the districts like Thiruvananthapuram, Kollam, Palakkad and Kozhikode. In Pattambi, a city in Palakkad district, OP in two hospitals was temporarily shut down due to such instances.

However, the technology seems to be pretty much the only way to get treatments advices during such an unprecedented time like this. The companies the US, especially IoT companies, have transformed as solution providers, manifesting great examples of bringing medical helps to home and allowing people to sit at home and maintain social distance. For instance, a New York-based technology company called Globus Eight has developed high-end medical kits built on their patented technology (G8LifeOn). Their integrated technology allows healthcare providers to treat around 12 different diseases in a completely remote environment. “For instance, in the case of a diabetic patient, it’s imperative that doctors monitor vitals like blood pressure, heart rate, sugar level, and sleeping pattern. We have developed a kit – a suit of hardware – which will not only track these vitals, but also automatically synchronize the data with the respective doctor,” says Alok Sinha, CEO, Globus Eight. He adds, “Eventually, when a patient confronts a condition other than the normal, she or he can remotely connect with the doctor, who will have access to all these crucial information churned out by the devices over the past 13 days and will be able to provide more effective and accurate advice.”

Indian organizations, not only healthcare IT providers, but also other IT vendors, could adopt such models in a broad manner and aid in tacking the current situation. However, Video call based consultations and online pharmacies have together created a good impact, but we really need to take it forward to further levels in order to have a noteworthy impact.