Here's The Tech To-Do List Of The 46th US President 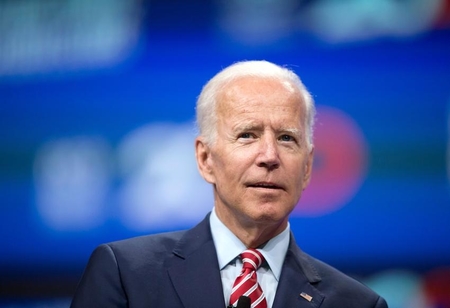 The newly elected United States President Joe Biden is hurriedly facing bent questions about technology. President Biden faced questions including on reigning in the powerful digital supermarket and what should be done on Chinese technology, or how to get more Americans online.

The following read is about the opportunities and challenges pertaining to the technology policy for the Biden-Government administration.

Tech Power Retention
The Trump-led administration had investigation lawsuits and noisy squabbles regarding the power of Google, Facebook, Amazon, Apple, and other tech firms.

The tech giants, however, will be controlled by Biden and a Congress marginally controlled by Democrats.
Google and Facebook were accused by the Government lawsuits for breaking the law to be successful and stay that way will be now over to the new administration, which is expected to continue with.

There might be more lawsuits coming in the near future to make it harder for big tech to continue likewise.

On Tuesday, January 19, 2021, one of the top Justice Department lawyers appointed by the former President Donald Trump, agreed with many of the prescriptions from the congressional Democrats that said America’s top four tech superpowers are harmful monopolies. Joe’s speech inclined towards hating Big Tech is not one of the few areas of bipartisan agreement.

Online Speech Rules
Before Facebook and Twitter locked Trump’s accounts after he incited a mob, online hate speeches were an overburden for the tech giants.

Now that the United States’ has entered a new regime, it would be interesting to witness the Government's progress in online expression, which includes over the head thoughts.

The 1996 internet law, Section 230 of the Communications Decency Act policy fight has been settled, giving websites some legal protection on what their users are doing.

This simply means Yelp can let people review and screen them for fraud or nastiness, without being legally accountable to confront unhappy restaurant owners.

And according to this law, there is protection for websites where people post sexually explicit photos of their exes without permission.

Democrats and Republicans have misgivings about Section 230 for discrete reasons.

Section 230’s uneasiness increases the likelihood of at least some modifications, might include rescinding the legal protections for sites that host misinformation about voting or forcing companies to be clear about how their posts are moderated.

Now that the United States’ has entered a new regime, it would be interesting to witness the Government's progress in online expression, which includes over the head thoughts

Chinese Tech
The administration led by Trump was not up to the mark over Chinese applications which include TikTok. Experts suggest that it was a missed opportunity of addressing an important question – What should the U.S. government do about globally important technology from countries that never share America’s beliefs?

Now, Biden is likely to shield the Trump administration’s concerns about the ambitions of China in tech and other areas, however, he hasn’t stated anything ahead of a consistent and coherent policy strengthening.

Biden has also given expressive support for the government investment in essential U.S. technology for countering China’s tech ambitions.

Division in Digital Medium
The pandemic has glimpsed about the persistent gap between Americans that are not getting access to and unable to afford internet service and the millions who are unable to afford to low income or rural households.

Biden said that his main aim is ‘Universal Broadband’, but he hasn’t said anything about strategies.
The Washington Post stated that Biden’s advisers want to enhance E-Rate, which is a program for helping schools and libraries provide access.

Some are considering this is the year for federal data privacy law, and there are discrete internal opinions by Democrats on special employment treatment for ‘gig’ workers.

The most urgent priority of the new administration are hoped to end the pandemic and help the Americans recover from the damage.

However, the U.S. Government's approach to handling these complicated tech questions will leave a big impact on Americans and others in the world.