How is AI Surveillance a Better Option for Security? 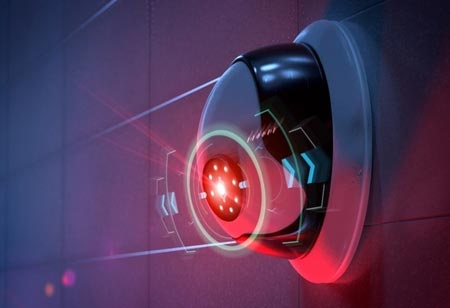 Observing the benefits of Artificial Intelligence (AI) in improving the analytical processes, especially video analytics, the technology also tends to offer great potential and risks for humans in the future. Surveillance cameras are more like digital eyes useful only when someone is monitoring from the other side. It does not eliminate the fact that these digital cameras are just passive. As far as it monitors with deterrence, the proof of the event that the camera has captured lives till a person examines the footage. How does the technology of AI changing this course?

Opportunities in Video Analytics
Pushing the envelope in digital eyes, AI is giving surveillance cameras a newfangled approach to equip them with digital brains. This new step would possibly bring developments on video analytics process that eliminates human presence. Our industry has already started using machine and deep learning capabilities to perform video analytics. The growing expectations in the surveillance sector have been pushing to roll out technology backed developments that can quickly and efficiently tackle customer issues. A well-programmed deep learning solution could perform facial recognition functions very quickly and match with the data for easing operations from a huge pool of foot ages. The emerging trends in video analytics also paves way for the systems to communicate each other and alert officials or even

predicting before the event occurs.

Detecting Micro Expressions
This may sound utopian or futuristic, but the technology of automatic facial micro expression analysis has gathered attention. The technology is expected to bring huge benefits for the police forces and forensic experts, as facial expressions are not just bound to communicating emotions but also allied actions. As video analytics solutions need to explore advancements in the analytics area, some features of it would include crowd detection, people management, vehicle classification, monitoring of traffic, motion detection, suspicious activity predictions, and many others.

Use of Location and Identity-based systems
Relying on hypothetical conditions and believing technological solutions to be absolute can go wrong at many ways. For example, what if there is a visual obstacle due to which the camera is unable to capture the event. This could pose a challenge over the algorithms that let the video analytics work. With technologies such as RFID, Radio-frequency identification system, or Real-time location systems, the technology could detect the exact location of the event and send reports.

Use of Drones
Also known as Flying IoT and UAV, drones are coupled with new technologies of Private LTE, 5G technology and edge computing for applications that involves monitoring a huge crowd gathered at a place or an event. This has been proven to detecting unusual behaviours of a mass and also for monitoring hazards such as floods or fires. Since drones are moving around, the need to equip them with fast mobile and wireless communications are becoming the industry focus. This technology could help drones to communicate at high speed to a nearby edge computing device such as Multi-Access Edge computing.

As per a recent data, at least 75 out of 176 countries around the world have invested in using AI technologies for surveillance purposes, with China piloting at implementing the technology.
Alex Hauptmann, a professor at Carnegie Mellon, says “Although AI has been leveraged in many fields in the recent years, the fundamental challenges in fulfilling the dream of making computers understand the video still persists. Among these challenges is one missed or often forgotten element called resolution of the video”.

Eventually, as computer scientist Nils Nilsson says, the goal of AI is to make machines intelligent using tools of automating or replicating behaviour using an entity that allows functioning appropriately and with foresight about its environment.