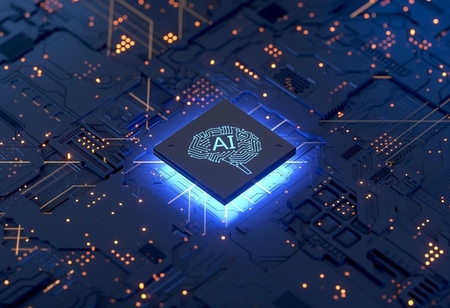 The industry is witnessing the transformation of Big Data into Bulk Data with every passing day. This transformation is creating a ripple effect in the world of Artificial Intelligence. The technology companies are in pursuit of new avenues to train AI algorithms using data efficient methods, while endeavoring to protect data privacy. As far as the trends go, the technology is finding more use-cases in otherwise tech-resistant industries like healthcare and manufacturing. It is definitely one of the reasons why the global AI market is growing exponentially. According to Grand View Research, the global AI market is expected to grow at a CAGR of whopping 42.2 percent from 2020 to 2027 to reach $733.6 billion.

In India, however, the numbers are not as staggering as its international counterparts. According to a research by AnalyticsIndia, the Indian AI market is valued at around $6.4 billion in 2020. But, even though the impact of the recessionary environment has been negative, the AI market in India has manifested great resilience. The report says that the market is expected to grow 6.6 percent in 2020-2021.

The government however is doing an appreciable job in terms of building capabilities. Let’s look into a case study. After rigorous efforts manifested by the government in terms of developing AI

capabilities, Param Siddhi, India’s high performance computing-artificial intelligence (HPC-AI) supercomputer, has achieved a global ranking of 63 in TOP500’s most powerful non-distributed computer systems in the world. A global organization born in 1993, TOP500 ranks and details twice a year the world’s 500 most powerful commercially available computer systems known to us. With the new ranking, Param Siddhi, which was established under National Supercomputing Mission (NSM) at C-DAC, became the second Indian supercomputer in the first 100 of TOP500 index, after Pratyush, a supercomputer used for weather forecasting at the Indian Institute of Tropical Meteorology, ranked 78th on the November edition of the list.

While the government is starting to power its vigorous AI plans for the future, the private sector has no plan to hold back

Recently, Prime Minister Narendra Modi while inaugurating the 'Responsible AI for Social Empowerment (RAISE) 2020' Summit – a virtual global summit towards powering India with the advantage of Artificial Intelligence, shared his vision towards the future of AI in India.

In his speech, PM Modi said, “India has also proved to be the powerhouse of the global IT services industry. We will continue to digitally excel and delight the world. We want India to become a global hub for AI. Many Indians are already working in this area. I hope many more do so in the times to come. Our approach to this is powered by the core principles of teamwork, trust, collaboration, responsibility and inclusivity.”

While the government is starting to power its vigorous AI plans for the future, the private sector has no plan to hold back. Almost all the tech majors in the country are executing their AI plans to perfection, often by joining hands with the government entities. Intel India has recently set an example towards this by joining forces with the government of Telangana, International Institute of Information Technology, Hyderabad (IIIT-H) and Public Health Foundation of India (PHFI) to launch INAI (INtel AI), an applied artificial intelligence (AI) research center in Hyderabad. A couple of days ago, Samsung India had also inaugurated an Innovation Lab at IIT-Jodhpur under its Digital Academy Initiative, making the total number of such labs seven in the country.