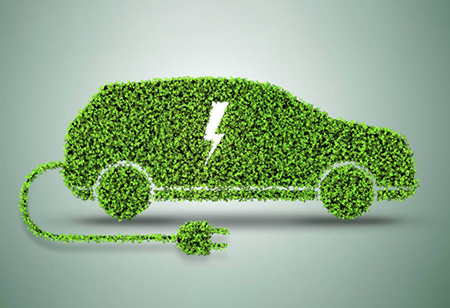 The COVID-19 which continues to pose a threat to humanity, however, in its initial stages, acted as a blessing in disguise, being a savior to the environment by keeping mankind indoors and as a result it improved the atmosphere by clearing the smog produced by fuel run vehicles. But clearly, that’s not enough!

At a point, where most of the countries are now switching to ‘Electric Vehicles’ (EV) for the betterment of the environment, India might as well take the front row for that matter. Adoption of ‘Electric Vehicles’ is one step closer to saving Mother Nature from the doom.

EV a Potential Asset to India
Being the second most populous country in the world means that there are an alarming amount of vehicles out there in India, consuming enormous amounts of petroleum, diesel, oil, gas and other fossil fuels, which are precious resources that can only be produced naturally. According to the Environmental Pollution Index (EPI) India ranked 168th out of 180 countries in 2020 compared to its previous position of 177 in 2018. Much of the country's goal of becoming a clean and green nation could be tackled with the surge of EVs. This would benefit both the climate and the nation's overall economic health. This gives more reason for the adoption of EVs as they tend to generate considerably less emissions over their lifetime than the vehicles running on fossil fuel.

EVs promises to eliminate a lot of health complications that rise from breathing in contagious gases. Another plus point is that EVs could cut on the need for extracting heaps of natural resources and can replace that need with chargeable batteries that can charge other electrical appliances as well.

According to BIS Research's analysis, the EV market in India is expected to expand at a strong CAGR of 43.13 percent from 2019 to 2030. Furthermore, the charging infrastructure installation is expected to increase at a CAGR of 42.38 percent.

Overview of India’s EV Market
According to BIS Research's analysis, the EV market in India is expected to expand at a strong CAGR of 43.13 percent from 2019 to 2030. Furthermore, the charging infrastructure installation is expected to increase at a CAGR of 42.38 percent. Thanks to local battery manufacturers like TATA Chemicals and BHEL, the EV battery market is expected to grow at a whopping CAGR of 60.15 percent.

Since India's EV industry is still in its early stages, an established market leader in each of its types is yet to arrive. To name a few, Mahindra Electric, Tata Motors, Hyundai and Ashok Leyland are some of the leading vehicle manufacturers that have invented different types of EVs like two-wheeler, three-wheeler, four-wheeler EVs and also Passenger EVs. Besides, other firms such as Siemens, Schneider, Delta, and others, have already expressed their interests into investment in these vehicles.

With the growth of the EV industry, all related industries will follow suit. This covers the batteries as well as the EV chargers.

Let’s Talk Power Sources
It is a well accepted fact that the cost of an electric car is primarily determined by the cost of the battery that powers it. The ‘plug-in’ hybrid vehicles offer both petrol and diesel motors and electric motors. Other electric vehicles, on the other hand, run entirely on electricity and do not use any liquid fuels. These are what are known as ‘battery-electric’ vehicles. The conversion of hydrogen gas into electricity powers electric motors in some EVs, namely ‘hydrogen fuel cell’ vehicles.

The Lithium-ion batteries are now dominantly used in contemporary consumer electronics and electric cars, with prices falling by 80 percent since 2010 and now costing less than $200. As Lithium-ion batteries with key elements such as Cobalt, Nickel, and Manganese are critical for the future of saving energy. Tesla has been using 1865 lithium-ion battery cells with a special energy of 250 watt hours per kilogram in their electric vehicles, but for the Tesla Model 3 automobiles, they have enlisted new 2170 cells.

Panasonic, AESC, BYD, Mitsubishi, LG Chem, Samsung, Wanxiang, Beijing Pride Power, Tianneng, and SB LiMotive are among the leading global market players reviewed in a new report by Allied Market Research. These players implemented different strategies to achieve strong industry positions, including expansions, fusions and acquisitions, joint enterprises, new product launches and cooperation. The worldwide electric vehicle battery market was worth $23 billion in 2017 and is expected to rise to $84 million by 2025, at a CAGR of 17.2 percent from 2018 to 2025.

Tesla’s Arrival in India
After years of uncertainty, the much awaited arrival of Tesla had finally made its way in India in 2021 and is now a registered company in Bangalore. In accordance to the details shared by the Registrar of Companies website, Tesla has licensed its Indian subsidiary with the Registrar of Companies (RoC) with a Rs 15 lakh authorized capital and Rs 1 lakh paid-up capital. Individuals such as Vibhav Taneja, Venkatrangam Sreeram, and David Jon Feinstein are the directors of Tesla India Motors and Energy Ltd.

Prior to its arrival, there existed arguments on grounds that the country’s dynamic import policies as well as dismal infrastructure for EVs in general, stood as barriers for Tesla to commence its operations post its announcement in 2016.Although a lot of individuals and companies were looking forward to either purchase or investment in Elon Musk’s Tesla, however, the idea of setting up Tesla's manufacturing and assembly ports in India, did not quite go well at the time. Moreover, Musk tried to sell the company's older models, yet they were unable to do so, as 30 percent of components would be sourced and delivered locally, but the supply didn't exist in India at the time. This was the basis for Tesla's rejection of the concept.

Tesla is a company with a lot to give. That could be both advanced technologies and standard. The prices of the new vehicle are subject to speculation.

Closing Thoughts
It’s a known fact that India can gain a lot by switching from ICE (Internal Combustion Engine) vehicles to EVs, which would not only save Mother Nature, but our wallets as well. The fact that fossil fuels take years to be formed naturally is quite the risk, as shortage or even running out of these resources would be a problem, as well a hassle when considering its ever fluctuating price scenario, besides the health complications that arise from its smoke emissions. So there’s every possible reason why India needs to increase its adoption of EVs at the same time, there are major reasons like the capital cost and facilities for charging the betteries, which stand as barriers. Currently the road to adopting these EVs seems a little ICE-y, yet arrangements are being made for the further adoption of these vehicles.