India's Most Anticipated Festivals of 2020 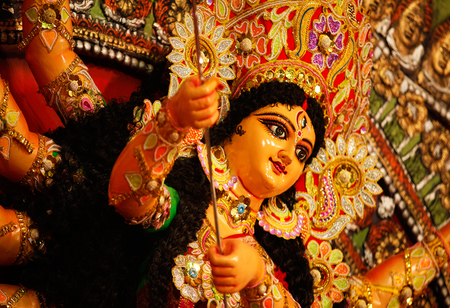 A tradition and culture-rich country like India celebrates festivals of every religion with arrangements made days before the festival schedule. There are festivals which are known to worldwide people and there are festivals which are only known to the Indian people. Different parts of the country have unique rituals for celebration. Like in the eastern part of the country the festival of colors is known as ‘Dol’ and it is celebrated a day before India celebrates ‘Holi’. Locally called Dol Yatra is different from Holi in the sense that Holi includes the tales of Krishna & Radha and Krishna & Prahlad while Holi includes the legends of Prahlad.

Like this, there are many festivals that differ in the stories, celebrations, and timeline yet these festivals unite Indians. Here are India’s Most Anticipated Festivals of 2020:

1. Ganesh Chaturthi (22 August 2020) – Ganesha is the god of beginnings and is offered worships at the start of rites and ceremonies. To celebrate Lord Ganesha’s arrival, Ganesha Chaturthi is celebrated. Spanning over a 10-day journey, Ganesh Chaturthi (Vinayaka Chaturthi) is famous in all over India and in the city of Mumbai, almost 150,000 idols are immersed every year. In the year of 1893, Lokmanya Tilak made Ganesh Chaturthi a famous

public celebration, thereby bridging the gap between Brahmins and non-Brahmins.

2. Diwali (16 November 2020) – Known by many names like Diwali, Divali or Deepavali is the festival of lights symbolizing the defeat of darkness, starting of good from the defeat of evil. Diwali is celebrated in a period of five days and in the Hindu Lunisolar month Kartika. It is the festival marking the post-harvest session after the start of monsoon in the subcontinent part. Related to Diwali, this Hindu festival incurs deity Lakshmi symbolizing wealth & prosperity, fertility, and abundant crops and good fortune. The celebration starts with Danteras when god Ganesha and goddess Lakshmi are offered prayers. The festival spans for the next days with Naraka Chaturdashi marking the defeat of Narakasura by Krishna. This day is followed by celebration of Lakshmi, Govardhan the next day, and on the fifth day ending with Bhai Duj.

3. Navaratri (17 October to 25 October) – Navaratri or the nine days period during which Goddess Durga is worshipped describes the defeat of Ravana by Ram. It also defines the defeat of evil buffalo demon Mahishasura by Durga. The festival is one of the biggest celebrations in parts of West Bengal. In the capital city Delhi, at nights Ramlila dramas are conducted around Red Fort depicting the mainstream parts of Lord Rama’s life.

5. Krishna Janmashtami (11 August 2020) – This day marks the birth of Lord Krishna. It is a festival of happiness and fun as people gather and for pyramids to break clay pots filled with curd. This festival again differs regionally as the pot breaking culture is widely famous in Mumbai and in other parts classical Indian dancing programs are held, and dramas are played.

These are only some of the upcoming festivals in India. However, numerous celebrations are happening every year like Eid Ul Fitr, Christmas, Republic Day Celebration, Gandhi Jayanti, Raksha Bandhan, etc.