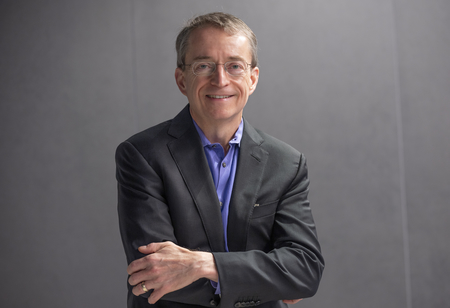 Intel, one of the most prominent chip manufacturers, will go through a major alteration in its administration, as the current CEO Bob Swan steps down and will be replaced by Pat Gelsinger this month. Intel’s operational issues resulted in tough competitions from AMD and Nvidia, particularly in HPC and other processor segments. However, its struggles have had more to do with execution than strategy and with Gelsinger’s engineering background, he could be the right fit to turn that around.

Gelsinger, who spent his early thirty years at Intel, is an exceptional, proven leader who holds more than four decades of technology and leadership experience. The industry veteran is now back and has become the company’s eighth CEO, a notable mark in the history of the company as well as Gelsinger. Previously, Gelsinger served as the CEO of VMware (since 2012), and transformed VMware into a renowned global leader in cloud infrastructure solutions, resulting in a triple fold increase in the company’s annual revenue. Also, Gelsinger was ranked as the best CEO in America in 2019, according to an annual survey by Glassdoor. Before joining VMware, Gelsinger was the President and Chief Operating Officer of EMC’s information and infrastructure products business, administering engineering and operations for information storage, data computing, backup, and recovery, RSA security, and enterprise solutions.

Early Years at Intel
Gelsinger was born in rural Robesonia, Pennsylvania in 1961, where he pretty much lived a rural life growing up around a farm. In 1979, the ambitious, young Gelsinger acquired his associate degree from Lincoln Technical Institute at age of 18 and set himself on course to the Silicon Valley where he soon kick started his career at Intel as a quality control. A constant learner, Gelsinger graduated with a Bachelor’s Degree in Electrical Engineering from Santa Clara University in 1983.

In 1985, when Intel introduced 386 Microprocessor, Gelsinger was not only the engineering team, but he also went on to acquire his Master’s Degree in Electrical Engineering and Computer Science. Later, in 1988, Gelsinger earned his first of eight patents and in the year followed, Intel launched the 486 Processor, which brought the company and its engineers into the limelight.
Turning the pages forward, in 1992, Gelsinger grew in the organization as the Vice President of Intel Products Group and General Manager of the Personal Computer Enhancement Division in the Business Communications Divisions and then took charge as the General Manager of Intel’s Desktop Products Group in 1996.

In 2001, Gelsinger went on to become the first Chief Technology Officer (CTO) of Intel. During his time at the helm of Intel’s tech-function, he pioneered key industry technologies such as USB and Wi-Fi. Also, he, who was the architect of the original 80486 processor, led 14 microprocessor programs and played a vital role in developing the Intel core and Intel Xeon processor families, resulting in Intel becoming one of the finest microprocessor supplier in the world. He moved on from Intel on a positive note in 2009 to join EMC, and then VMware in 2012.

In 2001, Gelsinger went on to become the first Chief Technology Officer (CTO) of Intel.

Back Again
As Intel welcomes the home coming hero as the chief executing officer, Gelsinger never shies away from talking about his emotion roller-coaster. He says, “I am thrilled to rejoin and lead Intel forward at this important time for the company, our industry and our Nation. Having begun my career at Intel and learned at the feet of Grove, Noyce and Moore, it’s my privilege and honor to return to this leadership capacity. I have tremendous regard for the company’s rich history and powerful technologies that have created the world’s digital infrastructure. I believe Intel has significant potential to continue to reshape the future of technology and look forward to working with incredibly talented global Intel team to accelerate innovation and create value for our customers and shareholders.”

Omar Ishrak, independent chairman of the Intel’s director board remarks, “Pat is a proven technology leader with a distinguished track record of innovation, talent development, and deep knowledge of Intel, he will continue a values-based cultural leadership approach with a hyper-focus on operational execution”. The board is confident that Pat, together with the rest of the leadership team, will ensure strong execution of Intel’s strategy to build on its product’s leadership and take advantage of the significant opportunities ahead as it continues to transform a CPU into a multi-architecture XPU company.”

Bob Swan, the former CEO of Intel comments, “My goal for more than two years has been to position Intel for a new era of distributed intelligence, improving execution to strengthen our core CPU franchise and extending our reach to accelerate growth”.

Following his return to Intel, the first thing Gelsinger did was to get his team to look into the competition thoroughly and devise a plan of action to sustain Intel Partner laptops powered by Intel processors. The world awaits.