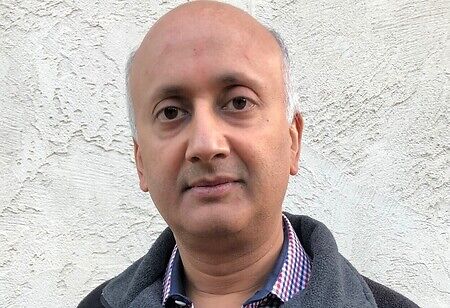 In the MySQL space, it’s clear that Oracle aced the game with the database in a unique move by optimizing analytics while bringing new enhancements reducing computing costs and introducing machine learning in the database. Even without the ETL (extract, transform and load) engine or ML execution environment, the capabilities process the ML models inside the database. In an interview with CIO Insider Magazine, Nipun Agarwal, Senior Vice President, MySQL Database & HeatWave, Oracle MySQL, walks us through what makes Oracle’s MySQL database different from the others. Nipun possesses nearly three decades of experience with Oracle, leading various executive roles within its database. He is a seasoned cloud engineering expert in database research, machine learning, research, and associated topics. Witnessing the birth of MySQL HeatWave eight years ago and managing it for the last couple of years, Nipun speaks about Oracle’s approach in HeatWave that helps organizations develop highly sophisticated models regardless of any external tools.

Acquaint us with the inception story of Oracle’s MySQL HeatWave.
Traditionally, MySQL database was deployed for OLTP (Online Transaction Processing), and it’s possible to encounter traces of it running in certain enterprises today. Soon, running analytics became a priority and required moving data from the MySQL database to an analytic database. That database could either be Oracle, Teradata or Redshift, among others. But moving data into databases meant the vulnerability of stagnating in two different databases, with customers having to understand the semantics of the two. At the same time, ETL (extract, transform and load) was involved, along with security repercussions.

This became the foundation that led to the establishment of MySQL database with an efficient engine for query processing, with complex analytic queries in particular. The engine has the upper hand in two areas. One, it is extremely faster than other databases, and two, it’s designed for the cloud. This means it can be scaled in the cloud. Therefore, regardless of the amount of data or requirements, customers can add more servers while the system improvises. Although it’s a single performant database, it proves its worth in handling transactions, processing, analytics, and machine learning and is also less expensive than other databases.

How have the customers responded to HeatWave, and how is it making a difference in AWS?
The MySQL HeatWave OCI (Oracle Cloud Infrastructure) has been available for 20 months now. We have a lot of customers using MySQL HeatWave. Interestingly, we found that many customers using HeatWave are actually migrating from other clouds, specifically AWS. Better yet, more customers are showing interest after we introduced MySQL HeatWave on AWS. There were customers who could not migrate their entire application to OCI while having other applications running on AWS. In addition, customers had to deal with egress costs for AWS, adding to the high latency of accessing a database running on OCI from AWS.

But among these customers, some were early adopters of MySQL, who discovered that complex queries improved faster in performance by 139 times. Queries that took minutes in other databases took seconds with MySQL HeatWave on AWS. But, it should be noted that MySQL HeatWave is identical regardless of whether it runs on OCI or AWS. The benefit of running on AWS is that customers neither need to pay AWS’ additional egress charge nor incur the high latency. Instead, they can coexist with existing applications that are integrated with AWS.

Tell us about the latest enhancements introduced into the MySQL HeatWave.
The capabilities of MySQL HeatWave, which were available in OCI, are now available in AWS as well. We are also enhancing and introducing the latest version of MySQL HeatWave, both on OCI and AWS, with a bunch of new features. The first one of these features is that we have introduced a slew of new ML capabilities in the service. Secondly, we have introduced ML-based automation for OLTP, which in the past was called MySQL autopilot, and we have added features for analytics as well. With MySQL autopilot designed for OLTP, customers can receive improvised performance for OLTP workloads.

How would you describe the data security aspect?
Firstly, regarding data masking, imagine that the customer has a sensitive column in the database or table, such as social security numbers or credit card numbers. The database can mask sensitive causes when customers retrieve the table to prevent the application from seeing a specific colour. The rest of the columns are done inside the server during data extraction, preventing that sensitive column from going onto the wire. This is an example of inside the server.

Another example is what we call the SQL file. Database learns from the statements it has encountered in the past. If customers issue a new query that the database has never seen before, it tends to make an error. Quite often, customers use packaged applications that require them to run databases at all times and expect to see the same kind of queries each time.

However, if they come across a new code, it’s common to be wary of any breaches that could happen with the new query. Hence, this is what we are enabling with the SQL Firewall. The other feature is the asymmetric encryption we support inside the service now.

What does the future hold for MySQL HeatWave in the Indian Market?
There are two aspects to it—one is what the future holds with the current capabilities. Also, even with what we saw in the last 20 months, the response has been phenomenal, particularly in the Indian market, which is immensely drawn towards open-source databases. This is an advantage to us since we now have MySQL open-source with numerous capabilities in ML and analytics that are normally not found with open-source databases.

The second aspect is with AWS announcements, which we take pride in having the most sought-after database running on the most popular public cloud platform. This will give a huge business impetus.

Customers in India can avoid paying hefty prices for less performance and security. You don’t have to spend more on Snowflake, Redshift and Aurora on Amazon. Rather, customers can buy, invest and subscribe to the single database that oversees everything from transactions, and analytics to machine learning automation, since they are all built-in. They promise higher levels of security and 20 times performance at a lower cost. Again, performance and speed matter since the more time spent on the cloud, the higher the bill. Hence, with the performance and engineering team’s offering to customers in India, the bills will be much lower as they will spend minimal time completing a query, transaction or any services. Lastly, we have the Oracle Cloud world, an annual event, coming through with numerous announcements, including MySQL.