It's Time for Indian Innovators to Dream Big 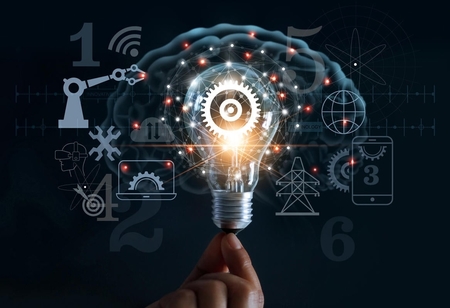 If you hail from a village in any part of India, you must be acquainted with the fact that most of our streetlights work round clock throughout its lifecycle. Our careless attitude towards public resources coupled with the low visibility of streetlights during day time, you will hardly find the streetlights switched off in any village in the country. But Raju Mupparapu, a BSc graduate from Gopalapuram village in Warangal (Rural) district of Telangana, saw this as an unforgivable wastage of electricity. He developed a Light Dependent Resistor (LDR) sensor to detect and turn off the street lights in the presence of day light, and the rest is history. Cut to the present, Raju’s top-tier invention helps 120 panchayats and the Warangal municipality save 30 percent on their electricity bills!

It’s undeniable fact that there are millions of Rajus in the nooks and corners of our country. The subcontinent needs to find them, and find them big time. India’s commendable jump in the Global Innovation Index (GII) this week is both a recognition and an inspiration for the country to recognize and incubate innovations. The 2020 edition of the GII, which is compiled by World Intellectual Property Organization (WIPO) along with Cornell University and the INSEAD business school, manifests that India jumped four places in the index to rank at 48th position, among 131 economies. Three ‘clusters’ – Bengaluru, Delhi, and Mumbai – were also included in the index of top


100 science & technology hotspots – another proposition to look forward to.

If you zoom in, it’s becoming more evident that there is a trend – a steady growth in terms of thriving innovations in India. Last year, we had improved our position by five places to rank at 52nd position in a survey of innovative capacity among 129 countries. If we go further back, our country has improved its innovation ranking by 29 places over the last five years – from 81th position in 2014 to 52th position in 2019. In addition, there is another statistic that needs to be read in alignment. India ranks 63 in the Ease of Doing Business Report of 2020 with a DB Sore of 71.0. It’s an envious combination of growth.

This is just the beginning, as the government is lining up an array of programs to boost innovations in our country.

It’s quite appreciable the government is dealing with the potential opportunities to further grow in the innovation index. Let’s dig deeper into the government’s iconic initiatives like Make-in-India, Startup India, and AatmaNirbhar Bharat. In July, MeitY in partnership with Niti Aayog‘s Atal Innovation Mission had launched Digital India AatmaNirbhar Bharat Innovate Challenge, which saw 7000 entries from Entrepreneurs, Startups, and other aspirants. In the last edition of Mann ki Baat, Prime Minister Shri Narendra Modi shared warm words, praising the enthusiastic participation of youth in the challenge. He made special reference that the two thirds of the entries were made by the youth of tier two and tier three cities. The awards were distributed to around two dozen Apps in different categories.

This is just the beginning, as the government is lining up an array of programs to boost innovations in our country. In fact, the applications are open for some of them. Vaishwik Bharatiya Vaigyanik Summit, which invites participation from overseas academicians & scientists for the constructive dialogue on collaboration mechanisms in the fields of Sciences, Engineering, Technology, Social Sciences, Medicine and Management, is open till 25th of October. The Drug Discovery Hackathon 2020 (DDH2020) welcomes all those who wish to join the open source drug discovery Hackathon against Covid-19, and is open till 30th of this month. AatmaNibhar Bharat’s Swadeshi Microprocessor Challenge, is also open till 15th of this month. The omen is great. Now it’s up to the innovative minds in our country to not only dream big, but also leverage such multiple government initiative to incubate their ideas and creating successful businesses out of them.