Looking Back at 10 Technology Pioneers who Inspire Budding Tech Leaders 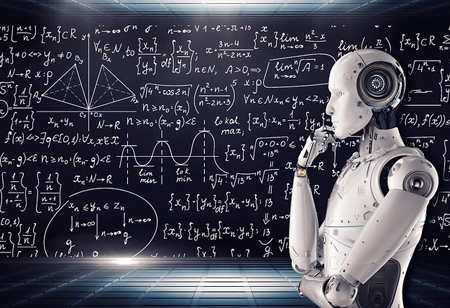 The term technology 'influencer' goes much deeper than what dictionaries imply. For the most part, they have gained a lot of admirers who strive to be just like them, which shows the power of their contributions that shook the world. Technology is one medium that has been used by these influencers who have made ground-breaking impacts on not just people’s lives but in the evolution of civilization at large. Let’s journey around some of the most influential tech personalities.

Bill Gates – Co-Founder of Microsoft
Bill Gates aka William Henry Gates III is one of the co-founders of Microsoft Corporation, the world’s largest personal computer software company. Bill landing at Harvard University and meeting Allen.G.Paul and the duo subsequently unfolding many innovations like developing software for the first microcomputers is one of the most famous stories in the tech realm. Later on, they developed the popular programming language BASIC, after which both formed Microsoft. In 1986, he became a paper billionaire and within a decade, his net worth shot up to tens of billions of dollars, making him the world's richest individual. Besides his contributions to Microsoft, Gates is also known for his generous contributions and forming of charitable organizations.

Steve Jobs – Co-Founder of Apple
An entrepreneurial legend who were more than just the co-founder of 'Apple' and the mind behind the reinvention of companies such as Pixar Animation Studio. Like most others, Jobs also experienced a fair share of twists and turns. To this date his legacy lives on as an excellent vision in making computer technology elegant and consumer friendly. Mac computer, iPod, iPad and iPhone are revolutionary products which has gripped people in awe of its technical abilities and framework that stands on par with other big technical products.

FC Kohli – Father of Indian IT Industry
Faqir Chand Kohli, was a legend who concocted the country’s IT revolution. He placed immense faith in young Indian engineers who without doubt lent their support in harboring what has become today’s strong IT Indian industry. He pivoted TCS’s management consultancy and into the software development sending multiple technology waves that fetched a reputable name for the company for its renowned technical services in the country. TCS today is the world’s most valued technology company. Furthermore, he was a driving force behind breakthroughs in fields as diverse as adult literacy, water purification, software engineering, software automation, complex systems, and cybernetics.

Stephen Hawking - Legacy of Space Paradox
Stephen Hawking was universally known as one of the greatest theoretical physicists. From the Big Bang to black holes, Hawking's work on the origins and nature of the universe revolutionized the field, and his best-selling books appealed to readers who may not have Hawking's scientific experience. After his 21st birthday, it was then that Hawking was diagnosed with ‘motor neuron’ disease and was not expected to live past two years. Yet he defied all odds and went on to become the world's most recognized physicists whose work greatly served more intellect on ‘Blackholes’ and other space related theories that nobody thought that there was much to it.

Ann Tsukamoto- Stem Cell Expert
AnnTsukamoto and her colleagues YukohAihara, Charles M. Baum and Irving Weissmann made a massive breakthrough when they isolated blood-forming stem cells, while numerous scientific attempts to investigate blood stem cells failed due to inadequate means. As a result, in 1991 they obtained a patent for their human hematopoietic stem cell isolation technique. Tsukamoto's breakthrough and technological advancement made progress in stem cell therapy and in the treatment of patients with a range of life-threatening conditions such as blood cancer and autoimmune disorders, using blood stem cell transplantation.

Azim Hashim Premji- Czar of the Indian IT Industry
Azim Hashim Premji, the former president of Wipro Limited, is an Indian business tycoon, technology pioneer, businessman, engineer and philanthropist. He led Wipro through four decades of diversification and development and became one of the world leaders in the tech market. He was elected by Asia week in 2010 among the 20 strongest men in the country. Two years, once in 2004 and recently in 2011, he was named one of the 100 most influential individuals in TIME Magazine.

Jeff Bezos - Billionaire Business Titan
Bezos in the beginning was unaware of how successful the internet can be, and that’s when he created amazon.com as an online book store. In 1994, Bezos learned that the use of the Internet grew and he started exploring ways to create a great future across the Internet, in which the following year Amazon.com was unveiled after extensive analysis and plans. He believed in six fundamental principles as market executives which are customers' obsession, ownership, preference for action, frugality, high hiring standards and creativity, which support any expansion of the Amazon market. It also inspiring to see that with so little time, he accomplished so much.

Mark Zuckerberg - Mind behind the Creation of Facebook
Mark Zuckerberg, established himself as the most talented programmer at Hravard University at a young age. He created a program that allowed college students to choose courses based on pre-chosen courses. It was this time around that he began pondering for a social networking website. Along with his friends Dustin Moskovitz and Chris Hughes, Mark launched the site in 2004 that would soon become known around the world as Facebook. He also holds the record of becoming the world's youngest billionaire, having done so at the age of 24 in 2008. In 2010, Time magazine called him ‘Man of the Year’. Currently he is Facebook's chief executive officer and president.

Elon Musk- Tesla, SpaceX and more Ideas to Come Alive
An entrepreneurial visionary who brought his ideas of SpaceX, PayPal (PYPL) and the most popular one, Tesla Motors (TSLA) into reality. Musk developed a relentless work ethic (he is known to work up to 120 hours per week) and a tenacious single-minded vision through an often challenging childhood. Musk first made way as a serial tech entrepreneur with early successes of Zip2 and X.com. His early interests to read philosophy, science fiction and fantasy novels reflect his sense of idealism and concern for human advancement. He is the idol of millions of new generation technologists in the world.

Reaching the last stop, it can be viewed that, all these influencers had to undergo several hardships before becoming what they became. Their ideas might have sounded crazy to people around them back then, but those crazy ideas still make the world go crazy. However, they do serve as an inspiration. For a fact, technology is known to make life easier, yet even the tiniest creation is not without the ingredients of hard work, trial and error and the main essence, dedication. This essence, if not to the world, but to oneself, is the best driving force to keep marching towards the road of success, no matter how rough it is out there.