Relevance Of Blockchain Interoperability And Integration 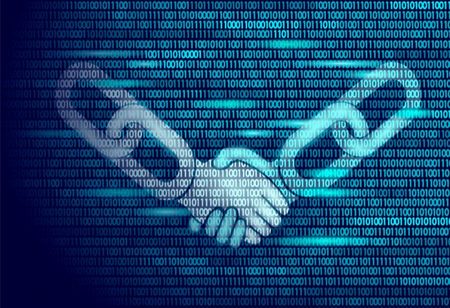 The blockchain technology has been in the industry for the more than a decade and it is interesting to notice that there are now a considerable number of companies testing the waters. Over the years, the technology has reached mainstream users, as well as increased adoption across government and private enterprises have further scaled the integration of blockchain in Indian market.

Previously, it was apparent that data protection and privacy has had major roles being the barriers in enterprise adoption. Now it has shifted to the lack of interoperability between ecosystems in blockchain. Though there has been plethora of projects emerging on yearly basis, the mere focus on enhancing each product’s market readiness and the security aspects have proven not enough to

develop the best blockchain. This unfurls the carpet to become increasingly isolated persisting in different ecosystems, thus debilitating core concept of decentralization. ConsenSys, an ethereum-centric company, points out this situation as balkanization of crypto industry. An array of unconnected systems operating at different independent ecosystem competing each other at their siloed spaces would further creates commercial pressure.

This situation grabs our attention towards the need for interoperability, where the viability in exchanging data between different blockchains can be carried out at ease. In the past few years, the industry has seen a series of centralized and decentralized solutions such as hash locks, notaries and relays, which were found in semi-decentralized exchanges. While exploring the new landscape, it can be found that there are well prepared projects for a more sophisticated solution is on track. To stimulate the mass adoption and evolution of industry further in terms of blockchain capabilities, the opportunities extend beyond the imaginations of scalability.

Since the crypto space has become highly competitive, interconnecting existing blockchains is not an easy task. The commercialization has put efforts in beating the opponents instead of focusing on the blockchain infrastructure. Though interoperability is the cornerstone in blockchain, scalability has gained priority. For an original blockchain, it bears the capacity to run seven transactions per second at maximum. However, no enterprise in future would engage in the payment process with a blockchain at the lack of interoperability and security. The cryptocurrency space is still relevant for interoperability. It has been the most convenient method for centralized trading platforms. When interoperability is given major attention, the security vulnerabilities associated with it would become the next burden to eliminate.