Smartphone Market Back on Course to its Glory Days 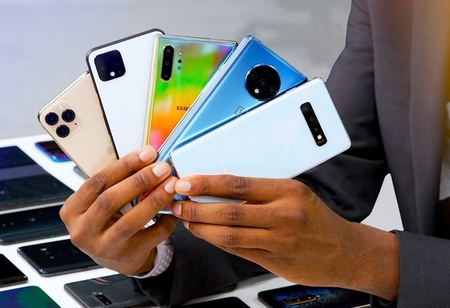 With the pandemic acting like a dual channel ABS, the global smartphone industry had encountered a drastic slowdown, accounting to various government bodies enforcing lockdown that made the factories and retail stores remain closed. The result was inevitable and the massive delays led to a catastrophic second quarter. A report by TrendForce estimated that the global smartphone production reached 268 million units in Q2 2020, resulting in a 16.7 percent drop YoY compared to the same quarter last year. Amidst the top six global smartphone brands, Samsung was the only brand to see decline in Q2 2020, despite being the top seller in the quarter. The pecking order in terms of most units sold is Samsung, Huawei, Apple, Xiaomi, Oppo, and vivo.

However, the tides are changing. After a drastic second quarter of 2020, the global smartphone market is on course to revive its old charm in the third quarter. According to a research report by Comprar Acciones, the global smartphone market grew by 32 percent quarter-over-quarter (QoQ) with 366 million unit sold in Q3, 2020. Another report by Canalys, which manifests slightly different numbers, in fact shows the same trend. The report clocks the sale at 348 million units and QoQ growth at 22 percent. Collectively, Apple, Samsung, and Xiaomi sold 177 million units in Q3 2020.

The intensity of growth is huge, considering the 27 percent YoY decline the company had in the second quarter. The company has bettered this number according to its Q3 2020 earnings report that divulges a total revenue of $59 billion, surpassing its internal record of $58 billion set in Q3 2018, and a 25 percent increase QoQ and 8 percent YoY.

Furthermore, Samsung has overtook Xiaomi to become the top selling brand in India. According to a report by Counterpoint Research, its market share in India went from 20 percent in Q3 2019 to 24 percent in Q3 2020. In the same period, Xiaomi’s share reported a decline from 26 percent to 23 percent. Samsung Galaxy M21s, Samsung W21 5G, and Samsung Galaxy F41 are the latest releases by the company, which launched on 5th of Novermber, 4th of November and 8th of October respectively.

Competition on the Go
On the other hand, Huawei took the second spot in terms of sales. It also is the only big name that did not post sequential growth compared to Q2 2020. Huawei shipped around 51 million units, which is a decline of 24 percent YoY and 7 percent QoQ. Its revenue for Q1 to Q3 2020 was only up by 9.9 percent compared to a 24 percent increase during a similar period in 2019.

Xiaomi drove past Apple to take the third spot, reporting a sale of 46 million units. The company reportedly has also witnessed a whopping sales growth of 75% QoQ in the third quarter. The market share was increased to hit 13 percent against Apple’s 11 percent. In the process, Xiaomi also became the only major OEM to host positive growth in China. Redmi K30S and Xiaomi Mi 10T Lite 5G are the company’s latest releases that were launched respectively on 27th October and 30th September.