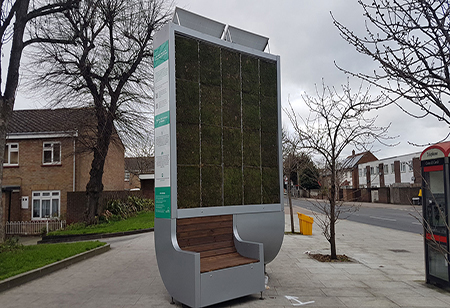 Every year over 36 billion tons of Carbon Dioxide is emitted to the atmosphere. The concentration of Carbon emissions have skyrocketed in the last 70 years due to billions of cars, thousands of power plants run by coal and petroleum. All of these trends have an undeniable correlation with global warming and other inevitable catastrophic changes such as rising seawater levels, unusual weather patterns pretty much all over the globe, and melting of glaciers and ice sheets.

The global land and ocean temperature in January 2020 were at an all-time high in the 141 years of recorded history. The global temperature has had a departure of 1.14 Celsius than the estimated average temperature. Over time scientists and vigilant individuals have realized that it is the sudden technological changes that took place soon after the second industrial revolution which has led to global warming and climate change. Since, climate change is a technological issue - resulting from excessive human activities, in that case, only technological innovations can help us fight against climate change.

The 21st century has witnessed a monumental increase in our technological capabilities, and the technical rescue against climate change is a viable alternative to traditional combating methods such as reforestation, aforestation, and recycling. According to a few experts, the global carbon emission at present exceeds the carbon retention capacity of the natural world. Recent advancements in Artificial Intelligence can tackle climate change to a great extent. To this end, physicist and engineer Klaus Lackner came up with an ingenious idea of developing artificial trees to combat climate change.

The artificial trees for climate change; developed by Lackner, unlike any other tree does not have branches and leaves. However, they function like regular trees by absorbing the carbon dioxide from the atmosphere. Since it is naive to think that humanity is going to reduce carbon emissions, our best bet might be to capture the excess carbon dioxide released into the atmosphere. For instance, the artificial trees developed by Professor Kraus Lackner along with Professor J. Lamar Worzel, unlike natural trees that rely on photosynthesis to remove CO2, uses bits of whitish beige plastic that do the functions of leaves. Artificial trees are a thousand times more efficient in soaking up carbon dioxide than natural trees. Besides, the captured carbon dioxide can also be recycled to generate energy as well.

Artificial intelligence in trees imitates the process of photosynthesis. Like real plants, the technology uses carbon dioxide and water as food and sunlight as the energy source. Instead of turning the carbon dioxide into leaves and branches, it provides carbon-rich products such as alcohol. A special kind of solar cells are used to tap in the sunlight. A chemical transformation is created that releases oxygen.