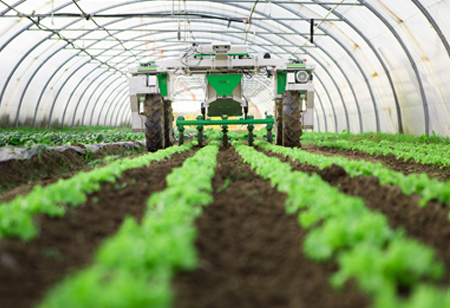 Since time immemorial, human beings have had the innate urge to understand Mother Nature better, leading to the creation of farming techniques and tools that paved the way for modern society to emerge. Over time, the agriculture or the farming sector has undergone dramatic changes to meet many new challenges that modern society encounters. From genetically modified seeds to genetically modified poultry that reaches adulthood in a mere 48 days, science has done wonders to meet the rising market demand that the globalized world generates.

Technological innovations are necessary to keep up with the rising cost of supplies, changes in consumer preferences and shortage of labour. In the past decades, agricultural technology has witnessed a lot of investments, which amounts to around 6.7 Billion USD and 1.9 Billion USD last year alone. Disruptive farming technologies that use AI and ML have already revolutionized the concept of Farm Automation. In this article, an attempt has been made to brief about some of the most innovative technological interceptions in the agricultural or Farming sector.


‘Smart Farming ‘is making Farming Ultra Efficient
Smart Farming is associated with Farm Automation techniques such as the use of drones, autonomous tractors, automatic harvesters, and Seeding robots. Although these technologies are relatively old, an increasing number of traditional agricultural technologies are deploying them to meet with the growing demands and at the same time reducing labour intervention significantly.Farm automation solves major challenges like rising global population and covers mundane labour intensive tasks easily. New advancements in farming technologies such as Drones used in monitoring poultry farming centres that shelters millions of chickens in one rooftop is a prime example.

Moreover, the introduction of Blockchain technology in the farming sector has facilitated the tracing of supply chain inefficiency and detects food frauds. Traceability is the key to the current food supply chain. The current communication framework in the food supply sectors makes it a very tedious and time-consuming task. Blockchains ensure data security and create a more accountable and traceable system.

The Modern Greenhouse Industry
The global greenhouse market at present generates nearly USD 350 billion in vegetables annually. With the expansion of the greenhouse industry, modern greenhouses are increasingly becoming tech- laden. The use of LED lights and automated control systems are being followed up by small and medium players as well. Greenhouses in today’s world are getting a lot of venture capital funding becoming capital infused and urban-centric in nature.

From sustainable growth to reduced labour to maximum crop yield with minimum efforts, the advantages of Indoor Vertical Farming are manifold.