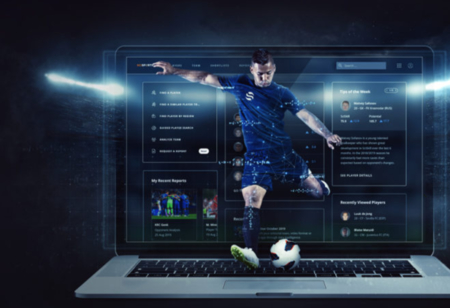 With pandemic halting the gallery experience for fans, the games had to explore more advanced alternatives to ensure that the live telecast has something new for the fans, enough to keep the match-going fans in front of the TV. The case was no different for Cricket, football, rugby, basketball, athletics, badminton, and golf – almost all sports all around the world.

As someone wisely said, ‘modern problems require modern solutions’. The tough times propelled the sporting industry to innovation, which led to an enhanced viewing experience and eventually the boost in viewership. According to a research report by, Capgemini Research Institute, 69 percent of fans report that the use of emerging technologies has enhanced their viewing experience – both inside and outside the stadium.

Fake crowd noise was a hit during Indian Premier League, which went on to become the most watched cricket league on TV. Football also introduced fake crowd noise, including English Premier League broadcasters, Sky Sports. There are plenty of other examples. Infosys, an Indian tech major and a global leader in next-generation digital services and consulting, on behalf of Tennis Australia applied technology to enhance tennis experiences for those onsite and those unable to attend in person.

As Australian Open’s Digital Partner Infosys opened up new possibilities by leveraging cloud, AI, 3D virtual experiences and mobility. One of the features introduced was 3D Court Vision, which will allow individuals to watch tournament matches in an animated form, with data overlay for each shot. From speed to spin to serve placement, every detail of the game is available at a click of a button. Infosys uses Hawk Eye data to animate each shot in near real-time and empowers fans to analyse the game from any vantage point in the stadium. In addition, a new AO Virtual Slam experience transports every fan into the Rod Laver Arena. It is expected to host over 12,000 VIPs across the globe during the tournament.

The innovations are envisioned to alter the sporting normal well beyond the current Grand Slam and represent a shift towards placing digital at the core of the tournament to elevate immersion, passion, brilliance and experience for those on court and across the globe.

In football, data analytics is playing a major role as well. German Bundesliga, Germany’s top national football league, had recently announced three new Bundesliga Match Facts powered by AWS to give fans deeper insights into action on the pitch. The new Match Facts – Most Pressed Player, which highlights how often a player in possession experiences a significant pressure situation throughout a match; Attacking Zones, which shows fans where their favorite team is attacking and which side of the pitch they view as most likely to score from; and Average Positions – Trends, which shows how changes to a team’s tactical formation can impact a match’s outcome – will debut during Matchday 21 on February 12, 2021 featuring RB Leipzig vs. FC Augsburg.

The tough times propelled the sporting industry to innovation, which led to an enhanced viewing experience and eventually the boost in viewership

Bundesliga Match Facts are generated by gathering and analyzing data from live game video feeds as they’re streamed into AWS. Fans will be able to access these insights as graphics during broadcasts and in the official Bundesliga app, starting from the 2020/2021. The data is then provided back to broadcast viewers around the world in real-time as statistics. These advanced statistics help audiences better understand areas like decision-making on the pitch and the probability of a goal for each shot. The three new Match Facts will better showcase the action on the pitch and give fans, coaches, players, and commentators visual support for analyzing a team’s decision making.