The Changed Face of Investing in India 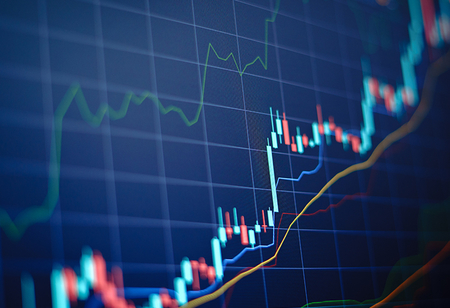 It’s been only a few days since I have watched ‘Scam 1992: The Harshad Mehta Story’. While portraying the true story of Harshad Shantilal Mehta and his involvement in the 1992 Indian securities scam as an OTT drama series, there is famous quote that the hero echoes many a time: ‘Risk Hain to Ishq Hain’, meaning being only if you take high risk in the stock market do you earn a high return. For the same reason, the series is also a reminder of how things have changed in capital markets. The digital revolution has transformed investment into a much safer activity performed at our fingertips.

The impact of the covid-19 has resulted in a significant decline in the number of mergers (M&A) and acquisitions in the first nine months of 2020. But the equity capital markets (ECM) in India elucidate a different tale. When India recorded 776 M&A deals worth $44.8 billion – down from previous two fiscals, the country’s capital markets have run up considerably after March’s crash. A report by Refinitiv Deals Intelligence, which suggests that Indian investment banks generated underwriting fees worth $260 million through ECM deals – an almost 100 percent YoY increase, is a strong testament. The capital markets have been on a good recovery course. The S&P BSE SmallCap has had a better recovery than the large- & mid-cap indices. Now it’s time for capital market solution providers to resume their disruptive approach towards elevating the financial literacy in the country and engendering new investors.

The lion share of credit already goes to the tech powered capital market solutions providers, who have been a great influence towards elevating the financial literacy in the country and engendering new, informed investors. For instance, Groww – a tech-powered fast-growing investment platform, had come up with a pan-India financial education initiative ‘Ab India Karega Invest’, and subsequently was rewarded handsomely with a $30 million (Rs.220 crore) in Series C funding in September.

“After interacting with thousands of Groww investors and understanding their investment habits, we realized that millennial investors possess a ‘DIY’ mindset. Although many are a novice, they want the convenience of having all the information & resources at their disposal and prefer selecting funds or stocks by themselves,” says Harsh Jain, Co-Founder & COO, Groww

Going forward, the capital market solutions providers will be looking forward to continuing the same path they have been on over the last few years – increasing financial literacy in the country using the complete advantage of technology. In the process, it’s certainly imperative to adhere to the global trend of embracing agile and experience-centric capital market and asset management solutions.

The lion share of credit already goes to the tech powered capital market solutions providers, who have been a great influence towards elevating the financial literacy in the country and engendering new, informed investors

The futuristic technologies like Artificial Intelligence (AI) and big data analytics are also playing a pivotal role in democratizing investments, opening a cost-effective avenue for organizations to offer more effective services. AI indeed holds massive potential not only in the form of futurifying decision making, stress testing, conversational user interface, and algorithmic trading, but also towards client servicing and support.