The Future Of Astronomy: New Techs To Observe The Universe 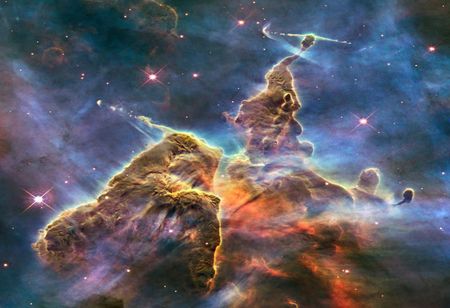 The visible Universe that constitutes a cluster of galaxies, stars, planets, exoplanets, satellites, asteroids, nebula, pulsars, and many other mysterious spatial entities is vast beyond the comprehension of the human mind. Yet, all of the identifiable objects in the Universe comprise only 4 percent of the total mass in the universe. This realization has left astronomers and scientists baffled for more than five decades as to what constitutes the mysterious stuff that makes up the rest of the Universe.

Driven by discoveries and enabled by leaps in existing technology, we are at the most exciting juncture in the history of space exploration. The field of astronomy and astrophysics have combined their knowledge and expertise and are making new connections with other fields of Biology and Computer Science to answer some of the deepest secrets bothering mankind since time immemorial. The James Web Telescope – NASA's flagship project soon to be launched in March 2021 is being dubbed as Hubble Space Telescope's successor in deep space exploration. The James Web Telescope will offer a broad range of features over Hubble such as the ability to detect the formation of some of the earliest galaxies in the universe through its improved infrared resolution and sensitivity. Other tasks include the identification of the formation of new stars and planets and direct imaging of pulsars, quasars, and Novas. These observations are supposed to provide researchers with new insights about the inner workings of the universe and come up with a better explanation as to what led to the formation of the universe and related philosophical questions.

The future of space exploration will not only be limited to answering the age all questions about the inner workings of the universe but also to chart out each and every corner of space. For this purpose, NASA had launched the Keppler Space Telescope back in 2009. The Keppler Mission which is now a retired mission has over the years identified 11 other new small habitable zone candidate planets resembling Earth-like conditions in its exclusive mission to find another Earth. In its 9 year service before the eventual shutdown, Keppler identified 530,506 stars and discovered 2,662 exoplanets.

Space technologies ahead will usher in a new era of exploring and understanding the true nature of the universe when new light will be shed on mysterious phenomena such as Inflation in the early Universe, The rippling effects exerted by gravitational waves on the fabric of space and time itself, the unknown entities of dark matter and dark energy and most importantly are we alone in the Universe or is the Universe teamed up with life.