The Integration Phase of IoT 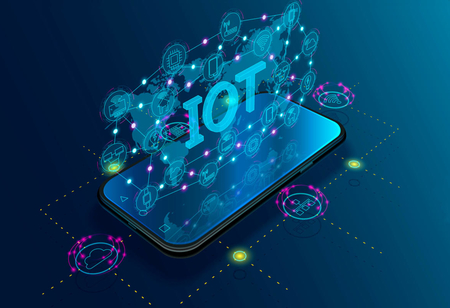 When the world resumes, the entire business realm will be acquainted with the fact that connected technologies are no more the business accelerants; they are in fact the drivers of the business. Let’s take the case of IoT. A year ago, IoT was best known as a luxurious home automation solution and an ‘emerging’ technology in the Industrial Automation segment.

Exploring & Penetrating Segments
Today, after almost a year of rollercoaster ride over the rails of Covid-19, even the industries like healthcare and manufacturing, wherein traditional physical operations and human-trust-factor almost stone-walled the penetration of technologies like IoT, are embracing IoT and trusting the connected technologies. It helps them keep human interventions at minimum. Let's hear it from the expert. Lend your ears to Ajay Gurjar, COO-Robotics Division, Yaskawa India Pvt. Ltd, who, in a recent interview with us, explains the automation opportunities in the manufacturing industry. “The industrial automation in India is expected to have a CAGR of 10-12 percent over the period of 2015-2022, further supplemented by certain macroeconomic factors. These factors are poised to positively affect manufacturing vis-à-vis the increasing population, present lower per capita consumption, and the increase in purchasing power.” He adds, “However, the level of automation in India is relatively low compared to the global standards. Still, it is getting redefined upwards with the support of Make in India & Atamnirbhar Bharat (self-reliant India) campaigns. Wholly, the


environment is very much encouraging for Robotics and Yaskawa as well, considering the automation opportunities so far.”

En Route to a Great Future
Needless to say, the connected technologies are here to stay and more penetration is in order. A recent study by Zinnov sheds light on inspiring statistics, estimating that the IoT investments in India were close to $5 billion in 2019, and are expected to triple to cross $15 billion by 2021 across both technology products and services components. According to various studies, the key organizational segments that could make decisive contributions include large enterprises, global capability centers (GCCs), small medium businesses (SMBs), consumers, and the government. Sooner than later, the government is also looking forward to resuming its Smart City mission in full strength, which will produce a plethora of opportunities for the enterprises and SMBs in the country alike. The number of connected devices in the country, which was clocked at 200-250 million last year is on course to grow a whopping tenfold to become 2 billion by next, indicating an exponential market growth ahead of us.

In the aftermath of 5G deployment, which is eminent now, the on-going IoT boom will further move to a fast-track, along with other technologies like Cloud and Edge computing.

While it’s a great omen that the organizations, especially homegrown startups, are striving hard to block the flood of mediocre Chinese devices, organizations like Globus Eight, which is a B2B AI-powered IoT platform that allows connecting any IoT device regardless of its brand, are endeavoring to create a common IoT Platform to connect any IoT device. “As IoT grew as a billion dollar industry, the market was flooded with IoT products & services providers. But there has been no predominant standardization as far as the technology is concerned, causing a lack of integration among IoT devices. This exactly is the challenge that we solve for our customers. Through our patented technology, LifeOn, we present the world's largest integration of IoT and remote user devices,” elucidates Alok Sinha, CEO, Globus Eight.

The combination of great applications and amazing products will definitely have a say in the future of IoT in India and with around 30-40K professionals dedicatedly working on core IoT in India, which makes India one of the richest talent ecosystems for IoT, that future looks really bright. In the aftermath of 5G deployment, which is eminent now, the on-going IoT boom will further move to a fast-track, along with other technologies like Cloud and Edge computing. The future looks extremely promising.