The Latest Edition of Spectrum Auction 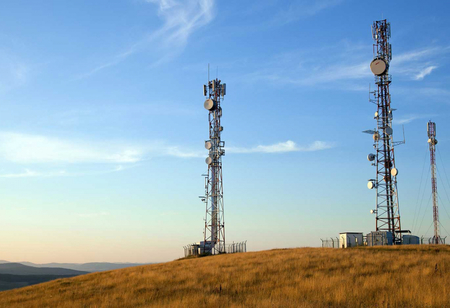 The internet user-base has exploded in the recent past and the need of the hour is to maintain the speed. The latest edition of the 4G Spectrum auction in India pooled Rs.77,814.80, which in comparison to the last auction that happened in October 2016, was 18 percent higher. The winners of the auction obtained 855.60 Mhz which is about 37 percent of the offered 2308.80 Mhz by volume and 19 percent by value and three companies took part in the auction.

What are Spectrums in the First Place?
Spectrums are referred to invisible radio frequencies which transmit wireless signals to our devices. Unlike wired networks which require a cable or wires to be connected to a device, Spectrums cannot be expanded and can only be reused under limited circumstances. It is pieced into small chunks for a huge number of applications like AM and FM Radio, Television, Cellular Networks, Walkie-Talkie, Satellite Communications, Military applications and also to send and receive signals from space

Spectrum Auctions
As the term suggests, the Spectrum auction is basically an auction where the government which plays the host, sells the rights to transmit signals over particular bands of the electromagnetic system and at the same time it allocates spectrum resources. A spectrum auction can go on for months until the final winning bid. Allotting resources to respective parties is done when it’s a well-designed auction and in the process revenues are collected by the government.

Back to the 2021 Spectrum Auctions
This year the government hosted the spectrum for seven bands such as 700Mhz, 800Mhz, 900Mhz, 1,800Mhz, 2,100Mhz, 2,300Mhz and 2,500Mhz. According to analysts, Bharti Airtel and Reliance Jio did pretty well in acquiring the spectrum that will serve them good towards the improvement of their networks.

Further, a report by Kotak Institutional Equities, laid knowledge that Bharti Airtel took a front row by covering the gaps in coverage as well as capacity in 19 out of 22 circles. Jio on the other hand spread its own web of sub Ghz in hopes to replace the old bandwidth and also upgraded its capacity to uniform levels in 1800/2300 MHz bands across all circles. VIL has obtained a decent capacity in just five circles.

Reliance Jio now has the upper hand in using the spectrum across 22 circles in the nation and the operator said that this spectrum could be used for the transition of 5G services, although, the spectrum auction was specifically for 4G bands since the government is yet to host another bidding for the fifth generation (5G) networks

Reliance Jio now has the upper hand in using the spectrum across 22 circles in the nation and the operator said that this spectrum could be used for the transition of 5G services, although, the spectrum auction was specifically for 4G bands since the government is yet to host another bidding for the fifth generation (5G) networks.

Mukesh Ambani expressed his view that now with ample spectrum at their disposal, they are prepared to further stretch the digital footprint in India and at the same time be prepared for the imminent 5G rollout.

Coming to Airtel which acquired 355.45Mhz across sub Ghz, will cover 90 million customers and believes, since now that it has a solid portfolio, it can now proceed to delivering the best broadband experience in the nation according to Gopal Vitall, the MD and CEO of Bharti Airtel.

Lastly, Vodafone denoted that it entered the spectrum by holding the largest quantum of spectrum with a very small fraction, which will be administratively allocated and used for the upcoming renewal of GSM services.


Also, the successful bidders will have no worries for now, as the spectrum that is allotted to them is said to last upto 20 years, though charges do come along with it. They are charged at the rate of three percent of Adjusted Gross Revenue of License, leaving apart the revenue from the wireline services.

Experts viewed that, compared to the last spectrum auction in October 2016, this year the government gained more revenue from fewer bidders and bidders can now improve their networks and protect the market position of existing entities.