The Road ahead of Indian Startups Ecosystem 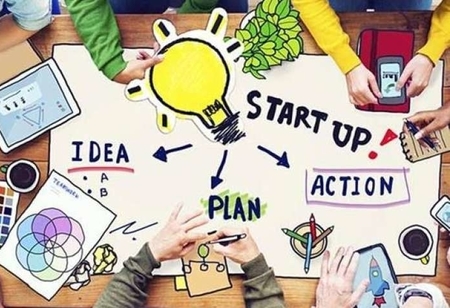 The times couldn’t be tougher. As per reports, around 40 percent of startups were hit by the catastrophic pandemic, while 15 percent among them were forced to shut-down their operations completely. There are reports that also suggests that the Indian startups on an average fired 22 percent of their total employees over the past 10 months. It’s a disturbing fact. The factors that shoved ecosystem to this predicament are multifarious. If the catastrophic impact of the pandemic was not bad enough, India’s rising geopolitical tensions with China made the survival almost impossible for them. But then again, tech-startups put up an inspiring fight with many of them, especially edtechs, mhealth and digital transformation providers, even pressing the accelerator pedal.

Hold on to Your Opportunities
According to RedSeer Consulting, the $735-million edtech market, which accounts for one percent of India's $90-billion private education market, is predicted to host a whopping 120 percent growth in FY2020 and cross the $1.7 billion mark by the end of the year. On the other hand, the mHealth market, which accounted for $46,048 million in 2019, is expected to reach $230,419 million by 2027, registering a CAGR of 22.3 percent. According to a research by Marketswatch.com, the digital transformation industry is also having a piece of it.

The global cloud migration services market was valued at $3.10 billion in 2017 and is expected to reach a value of $9.98 billion by 2023, growing at a CAGR of 21.50 percent. Clearly, the inevitability of digital transformation is getting to organizations.


It’s also important to note that a large queue of IPO aspirants like PhonePe, Mobikwik, Zomato, and Byju’s was also formed during the same epoch, while the companies like Happiest Minds already made stellar IPO debuts. The founder of Zomato, which had significant influx during the pandemic, Deepinder Goyal said, “Our finance/legal teams are working hard to take us to IPO sometime in the first half of next year. We hope to create a lot of value for our current employees who have Esops sometime in the next year.”

It's a sure bet that it won't be a walk in the park, but if they tackle the cash flow challenges and tune their business strategies to long-term sustainability, revival of the ecosystem is well on.

It’s a great omen. Furthermore, Indian startups funding in Q3 2020 was around $2.8 billion across 261 funding deals, which manifests a 167 percent surge compared to the previous quarter. While this implicates the revival of the ecosystem, it’s an even more inspiring fact that the country saw the emergence of four unicorns during the pandemic – Nykaa, Razorpay, Uncademy, & Postman. A collaborative report by TiE Delhi-NCR and Zinnov says that the country’s recovery seems to be faster than expected.

Get Ready for the Battle Ahead
Now it’s of paramount importance that the startups get ready for the post pandemic scenario. It's a sure bet that it won't be a walk in the park, but if they tackle the cash flow challenges and tune their business strategies to long-term sustainability, revival of the ecosystem is well on. The data shows that around 75 percent start-ups are being successful in steadying the ship, while around 30 percent of startups have explored new revenue streams. The timely interventions of the Reserve Bank of India by bringing startups under priority lending sector and the Department for Promotion of Industry & Internal Trade by scrapping taxes on various kinds of investments are also aiding the ecosystem significantly.