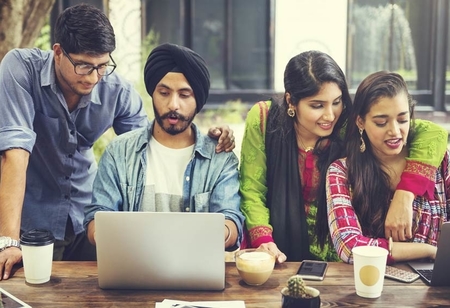 It sure looks like the covid-19 pandemic has minimal damage to the cross-country talent acquisition, as the enterprises across the world are breaking their banks to hire IITians. The companies this year manifest greater intent to hire from the finest institutes of the country, as they believe future-proofing their organizations will take a lot of fresh ideas and mint thinking.

Amidst a large number of international firms that came to India in pursuit of talent, California-based IT firm Cohesity has broken the record, offering the highest salary package of the year - $200,000. On the other hand, there are multiple companies that have exceeded yesteryear’s highest package, offering amounts exceeding Rs.80 lakh. Netherlands-based Optiver has also been quite generous in terms of offering salary packages to students in IIT-Bombay, with the company offering approximately Rs 1.4 crore (157,000 euros).

On the other hand, the recruiters are not holding back either. The highest domestic compensation, however, was clocked at Rs.80 lakh. For instance, IIT-Madras received a total of 123 offers by 22 companies, which includes excellent packages for 10 students each from Bajaj Auto and ISRO and other companies like Wipro. C S Shankar Ram, professor and advisor (training and placement), IIT Madras, said: “The IIT Madras placement team has worked with our recruiting partners to seamlessly enable this transition. I am happy to share that we have exceeded the number of offers made in the 1.1 session from the previous academic year. I am optimistic that a similar trend would continue over the next few days.”

IIT Madras saw a total of 1,443 students registering for placements in the 2020-21 Academic Year. In phase-one the total number of companies registered was 256, and their recruitment plans included 472. Amidst the total registered companies, as many as 71 companies were startups.

India Could use the Talent Pool for its Advantage
Well, it’s interesting to note that the salary packages are on the raise, despite the decline of employability rates in the country. According to ‘India Skills Report 2020’, the employability rate in the country was declined to 46.21 percent this year, compared to last year’s 47.38 percent. While BFSI Software and Hardware Manufacturing were the hot industries last year, BFSI is joined by BPO, KPO, ITeS, and Internet business. However, the number of engineering graduates dominates the talent recruit this year, growing from 23 percent to constitute 31 percent this year.

India, which aims to become a $5 trillion economy, could leverage this strong advantage of talent pool to have its digital leap

Going forward, India, which aims to become a $5 trillion economy, could leverage this strong advantage of talent pool to have its digital leap. Furthermore, the government initiatives like Make in India and Startup India are also facilitating the creation of new jobs in the Indian market against the arising Industry 4.0 and increasing globalization.