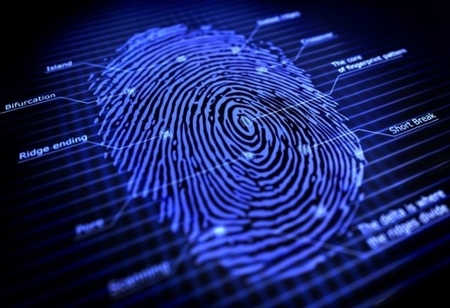 As technology infiltrates every aspect of our lives, it's no surprise that crimes have evolved with time. From retinal scanning to trace evidence chemistry, actual forensic technologies are so advanced today and are helping to solve crimes that seem like a piece from a science fiction thriller. According to Statista Research’s report of highest murder rates in cities worldwide, Los Cabos in Mexico ranks highest in murder rates, showing a rate of 111.3, followed by other cities which are mostly Latin American cities. As the crime rates keep fluctuating, it also the paves way for the birth of more inventions towards solving of crime cases.

Today, solving crimes has become faster and fairer criminal justice system can be drawn out, all thanks to the advent of ‘Modern Forensic Science Technology’. While most of the crime movies project exciting and at times exaggerated imagery of how forensic technologies solve a mystery case, the reality tends to have fewer similarities or is quite different, since most of the modern forensic technologies are simply the extensions of already existing technologies. To name a few here are some terrific strides of Forensic Technologies that are changing the way forensic science works.

Laser Ablation Inductively Coupled Plasma Mass Spectrometry (LA-ICP-MS)
This machine comes into the picture when glass is involved in the crime scene. LA-ICP-MS breaks glass samples of any size down to their atomic structure – even the smallest shard of a glass from a crime scene. This helps finding important clues like the direction of bullets, the impression of impact or even the kind of weapon that was used.

High Speed Ballistics Photography
Modern advances in high speed photography has led to the enhancement of ballistics investigation, where high speed cameras that are often used in forensic investigations help investigators determine how bullet holes, gun-shot wounds, angle of the bullet hole and shattered glass were obtained. Another cool factor is that they can recreate how glass was shattered during the scene. This allows investigators to get a microsecond perception of the crime scene, where even a tiny fragment of debris can help identify how and by what the impact was made.

Video Spectral Comparator2000
This marks one of the most valuable innovations in forensic technologies. Crime scene investigators and scientists can look at a piece of paper and observe concealed or hidden writing, and can check for quality of the paper and origin. With this machine, it is possible to secure analysis of paper damaged by water or fire, which may not look intelligible to the human eye. This device can identify handwriting, signatures, typewriters, check writers, photocopies and forgery. Further, it also detects alterations, additions and substitutions if made.

Digital Surveillance for Xbox (XFT) Device
Most often gaming systems are seldom considered a potential place for criminals to hide their illicit data and are also why criminals have come to use them so much. Compared to personal computer systems, data extraction stands more challenging for investigators due to the different nature in which each Xbox system is designed. The device allows investigators to access visual data from hidden files on the Xbox hard drive and in turn allows for exploration of directory structure of the hardware. Also, the XFT can be set up to record sessions to be replayed in real time during court hearings.

DNA Sequencer
The most popular forensic technologies out there are exactly what sci-fi thriller movies project them to be. Scientists and lab specialists use something called ‘DNA Profiling’ that helps identify criminals and victims who were involved in the crime scene using evidence like hair, fingerprints, blood splatter and other bodily fluids and samples. Such samples often turn out to be powerful sources as there’s nothing more convincing than a biological sample matching a biological source. This method is often used to not only help solve a mystery case but also in archaeological fields by examining old fossils, bones of long dead humans, dinosaurs and other beings. Ultimately, it helps deciphering a person’s DNA nucleobases and generate a pattern that can help distinguish a person if he/she is a possible culprit or victim.

Forensic technologies have made solving crime cases or archaeological explorations much smoother and smarter. Although crime rates keep climbing up and down the scale and technologies doing their part by assisting to solve cases, it takes a human brain to understand, translate and voice those sort out analysis to ensure that the justice is served. As only a human brain can distinguish between rationality and irrationality as well as conceptualizing what exactly happened in the scene and draw a clearer picture afterwards.

Here's What Apple Unleashed this Year