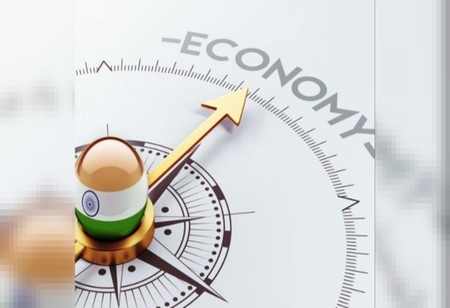 It is not wrong to say that 'Industrial Revolution' 4.0 has entered into the industry arena. The latest technologies are made for businesses that are changing operation dynamics. Amidst technologies invented, Internet of Things, a common term as IoT among engineers and artificial intelligence is the major contributors in the Industrial Revolution 4.0! As predicted, IoT and AI will be facilitating the creation of ‘Smart Factories’.

"The next level of growth would come from future technologies which graduates from these institutes can churn out, new concepts and scalable ideas which would deliver additional value to consumers. In this game, whoever does the best job of getting best recall, and delivering best user experience, will win the race," said by Bipin Preet Singh, Founder & CEO, MobiKwik.

India is lagging behind when compared to international development despite government’s encouragement for upgradation of technology through digital programs. Therefore, it stays a problematic issue that connectivity exponentially falls off and is non-existent in rural and remote Indian environments. Being precise in sectors like the railway sector, agriculture, borderlines, power supply, and supply chain logistics hubs, and also in operations performed by industries require data.

Sundeep Khanna who was earlier Executive Editor of Mint is now a well-known columnist for various news sites says, "No matter to what extent India

stay at the border of a complete digital transformation, a lot of catching up is required."

Government initiatives like Make in India, Digital India, and Startup India are there to help the nation towards gaining self-reliant status in manufacturing and technology. It coincides with the Industrial Revolution 4.0 where technologies need to get through the Atmanirbharta test defined by the Honorable Prime Minister Narendra Modi in order to not holding onto obsolete technologies.

Indian industries noticeably are relying on manual, where machines, equipment, vehicles are still not connected due to which manufacturing stops.

‘Smart’ factories are needed more with machines and equipment IoT intact. The collaboration of IoT and Machine data will increase manual labor because automation is not the answer to India’s huge population.

India’s Make In India initiative is unable to make the nation Atmanirbhar in the field of IoT. Almost 6000 IoT patents have been filed from 2009 to 2019 which is 70 percent filed by MNCs and India INC and startups filed 7 percent. Around 40 percent of the patents were granted in which 90 percent account MNCs.


FDI destinations placed India in the 9th position in 2019. Defense offsets were unable to provide technology transfer. World’s nest technology is created by Indians when compared to the international market. Still, ‘brain bank’ is able to put outdated technology out of India and make it self-reliant is a question.

IoT use on shop floors and 5G technology usage will increase during the social distancing due to Covid-19. 5G network is essential for handling data traffic, machine connections, and IoT devices.

The innovation of 5G applications is happening as stated by the Paulraj Committee report and the market sets off between 2019 and 2024. Technologists and analysts are giving a warning as delay in execution can cause the manpower trained for this and the expanding market to get exploited by other countries who are trying to develop their own 5G networks and start Industrial Revolution 4.0.

Prime Minister of India said that searching opportunity during the crisis and COVID-19 pandemic might provide the country a path for adopting 5G-IoT connectivity on a ubiquitous note. Communities of fishermen who lurk in other nations' water from time to time when seas become rough and most of them give away their lives and farmers whose crops are lost to pests and remote area soldiers lacking critical data connectivity access will be included in the beneficiaries.

It is about the time when there is a need for home-grown 5G-IoT highway in India desperately in smart cities and smart villages. There should be a devoted, digital highway that will permit IoT and Machine data to have access from any country part with minimum costing.

Atmanirbharta implementation within the soul could be done by learning technological innovation. We are already late in rolling out 5G, however, we have the chance to make up for the lost time and also shrug off dependence on foreign technology and become self-reliant in 5G – IoT technology.