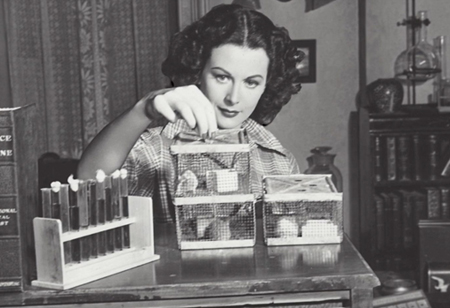 Despite being the subject to much discrimination for ages, women have come forward and set records that have changed the very face of history in several ways. When it comes to technology, the contributions of women are astonishing and in fact some of these contributions have made a major difference in the world we live in today. We come across many of their names in history books, newspapers, magazines and other periodicals, while some of them have gone unnoticed or shadowed. While we are still on the ‘Women’s Day’ week, here are some of the unsung tales of women who made it big in the world of technology.

Augusta Ada Lovelace, born in 1815, was a gifted mathematician. It was her curiosity to know the ‘how’ and her interest for machines what led her to work alongside ‘Charles Babbage’, the ‘father of Computer’. In Charles’ ‘Analytical Engine’ project, Ada served as its key interpreter, since she was the only one to notice that the device had applications beyond pure calculations and published the first algorithm intended to be carried out by the machine.

The Mother of Computing: Grace Hopper

Grace Brewster Murray Hopper was a computer pioneer and naval officer. Born in 1906 in New York, Grace was educated in private schools. In 1930 she received her master’s in mathematics from Yale and began teaching mathematics at Vassar while pursuing her doctorate at Yale. During WWII Grace joined the U.S navy and was assigned to program the Mark 1 computer. She continued to work in computing after the war and led a team that created the first ‘Computer Language Compiler’, popularly called as ‘COBOL Language’. She actively worked in the navy until the age of 60, where she became the rear admiral prior to her retirement in 1986. To this date her legacy continues to encourage young people to learn programming.

We Wouldn’t Have WIFI, GPS or Bluetooth if it weren’t for Hedy Lamarr

Hedy Lamarr was an Austrian-American actress and inventor who pioneered the technology behind today’s WiFi, GPS and Bluetooth. Hedy’s interest in science led her to many inventions, especially the one that proved to be beneficial during World War II. The invention was an extraordinary new communication system that aimed at guiding torpedoes to their targets in war, through ‘frequency hopping’ amidst radio waves with both transmitter and receiver hopping to new frequencies together. This prevented the interception of radio waves enabling the torpedoes to find its targets.

"Heddy Lamarr's achievement in the field is what dubbed her as the ‘mother of WiFi’ and other wireless communications like GPS and Bluetooth".

Heddy Lamarr's achievement in the field is what dubbed her as the ‘mother of WiFi’ and other wireless communications like GPS and Bluetooth. Her technical contributions were not much recognized until 1997, where she and George Antheil were jointly awarded the Pioneer award by the ‘Electronic Frontier Foundation’. She was also the first person to receive the Invention Convention’s ‘Bulbie Gnass Spirit of Achievement’ award. Her significant contributions to science and acting truly define her as the ‘beauty with brains’.

The Mind behind the success of America’s First Human Spaceflight: Katherine Johnson

Mathematician and Computer scientist Katherine G Johnson was born on August 26, 1918 in White Sulphur Springs, West Virginia. She joined the Langley Research Centre as a Research Mathematician for the National Advisory Committee for Aeronautics (NACA) in 1953 and was assigned to the all-male flight research division. This is where her knowledge shone that made her invaluable to her superiors and her assertiveness fetched a spot during all male meetings. She took off to join ‘Spacecraft Controls Branch’ in 1959 where she made another achievement by successfully sending off Alan Shepherd, the first American human spaceflight, through her trajectory analysis. She also verified the mathematics behind John Glenn’s orbit around the earth in 1962 and calculated another flight trajectory for Apollo 11’s flight to the moon in 1969. She finally retired from NASA in 1986. She received the NASA Langley Research Centre Special Achievement Award in the years 1971, 1980, 184, 1985 and 1986.

She too joined the National Advisory Committee for Aeronautics (NACA) in 1951. At NACA, she was assigned to the racially segregated West Area Computing Unit where she first worked in human computing and got promoted as the first black female engineer at NASA in 1958, after the completion of her training program. In 1979, she took a demotion as manager of the women’s program at NASA. In that post, she improved the opportunities for all the women at the organization and retired in 1985. Her contributions to the space program received recognition after her death in 2005. She and other women at the West Computers served as inspiration for the book “Hidden Figures: The American Dream and the Untold Story of the Black Women Mathematicians Who Helped Win the Space Race,, by Margot Lee Shetterly.

Women’s contribution to technology has been frequently left out of textbooks. Their legacy may be overshadowed by other events and information, but it does not change the fact that their contributions in the field of technology have made an enormous difference in the evolution of technology. To this date, their contributions still serve useful, whether it's about using formulas for calculations, or about using WiFi. We owe thanks to the efforts made by these women who made them possible. Their stories do not just sing about great technical inventions, but about their struggles which inspire many and any regardless of any differences.