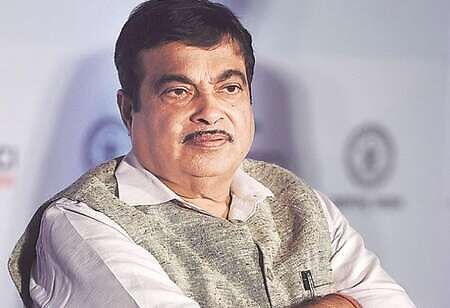 2021 could probably be the year that stomped the accelerator for India’s drive towards electric vehicle (EV) adoption. Goes to prove Mordor Intelligence’s report of how the market valuation sat at $ 1434.04 billion for the year, added with an expectation of reaching $ 15397.19 by 2027. Reasons are quite evident, as the year witnessed an increasing number of startups entering into the market, raising funds from investors, turning into unicorns and tapping into unexplored cities. Companies investing tremendously into Research & Development, launching new models, government landing new reforms are not only shortening the route towards EV adoption, but are creating a new competitive edge as well.

The EV market may not be embracing a mainstream status, but the nation is moving faster towards that. Be it expanding the EV infrastructure or changing stations, Budget 2022 has that covered. That’s right, Finance Minister Nirmala Sitharaman served announcements implying an increased focus towards expanding the EV infrastructure across the nation, with a new battery swapping policy on the side. Encouraging more into shifting to EVs and achieving broader decarbonization goals.

Fast forward to the present, Road Transport and Highways Minister Nitin Gadkari declared a strong pitch for EVs, assuring that price would be on par with those of petrol vehicles, followed by a slew of promises.

In Gadkari’s words, “within a maximum of two years, the cost of electric scooters, cars and auto-rickshaws will be the same as petrol scooters, cars and auto-rickshaws. Prices of lithium-ion batteries are coming down. We are developing this chemistry of zinc-ion, aluminium-ion, sodium-ion batteries. If you are spending Rs 100 on petrol, you will spend Rs 10 for using electric vehicles”.

Into the Pool of Promises
Gadkari encouraged MPs to adopt hydrogen-based transportation technologies and take the initiative in their local constituencies to convert sewage water into hydrogen, emphasizing the importance of switching to a more cost-effective fuel.

There is no dearth of funds. You make plans, I will get the roads built, said a confident Gadkari

Gadkari believes that hydrogen will soon be the most budget-friendly fuel option.

Gadkari emphasized the importance of green fuel and green technology. He urged MPs from all parties to prioritize infrastructure development while taking into account the ‘environment and ecosystem sensitively’ — but not in an ‘exaggerated’ fashion.

If not immediately, at least the nation should start thinking about ‘electric-based public transport’ to help reduce pollution, said the Minister.

Road initiatives worth Rs 62,000 crore have been performed in the national capital, according to Gadkari, to reduce traffic congestion and pollution. Gadkari noted that, due to improvements in highways and roads, it now takes only 40 minutes to go from Delhi to Meerut, as opposed to four hours previously.

“Our aim is to reduce the cost of construction and improve quality”, followed by a praise of last year’s 38 km/day road construction achievement.

He also urged MPs to proceed with plans around cable cars and ropeways, as he promised saying that he will ‘clear them soon’. “There is no dearth of funds. You make plans, I will get the roads built”.

The minister also reaffirmed that every 40 km, highways must include women's restrooms, facilities for mothers to breastfeed their newborns, and trauma centres.

Gadkari believes that educating the public is just as vital as improving road quality when it comes to road safety. He asked MPs to meet with collectors, RTOs, and other officials in their constituencies to fix the blind spots.

The Opposition's cut motions were withdrawn after they praised Gadkari's style of working and the ministry's work.

“We all extend our appreciation and congratulations to you for having the wonderful performance of the Ministry of Road, Transport and Highways… It is not proper on my part to move cut motions when the minister is performing in such a good way. So, I seek the leave of the House to withdraw all the cut motions in my name,” RSP MP N K Premachandran said.

Battery Swapping Policy
The government will announce a battery-swapping strategy that will create specific mobility zones for electric vehicles. It also stated that the Budget's announcement of a battery swapping policy and interoperability standards will go a long way toward establishing use cases and will be a significant boost for EV entrepreneurs.

“Introducing the battery swapping policy and recognizing battery or energy as a service will help develop EV infrastructure and increase the use of EVs in public transportation. It would motivate businesses engaged in delivery and car aggregation businesses to incorporate EVs into their fleet”, said Sohinder Gill, Director General, Society of Manufacturers of Electric Vehicles.

It will open up new opportunities for enterprises to enter the battery swapping sector, he said, adding that establishing specific clean zones will help to expedite the adoption of electric vehicles and raise public awareness.

"The announcement on battery policy is well aligned to this focus and will definitely provide a big boost to the deployment of electrical mobility in the country. This will also boost the deployment of battery-led energy storage systems for complementing the green energy generation and decentralization of energy distribution, said Rajat Verma, Co-founder- CEO at Lohum.

However, as the number of batteries per EV increases, recycling these batteries will become increasingly important in order to achieve sustainability through clean transportation. He believes that, in addition to the battery policy, a long-term perspective on Li-ion battery recycling is also essential to integrate the segment into the circular economy, according to Verma.