Who is the Technology Partner of Olympics and What's New in Tokyo? 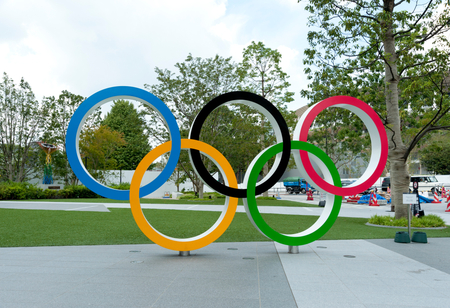 Behind the Olympics lies a silent digital squad helping sports to score their goals and the same is expected in the yet to commence Tokyo Olympics dated July 23, 2021. That squad stems from the name Atos, a technology service provider for the Olympic Movement since 1989 and a Worldwide IT Partner since 2001. Like athletes, Atos works out years of effort ahead of the game and when it comes down to it, it does not bank on second chances no matter how harsh the circumstances.

It’s popular for its specialization in the Cloud, Cybersecurity and High-performance Computing. Aside from those, Atos orchestrated all essential applications for PyeongChang 2018, such as the Olympic Management System and the Olympic Diffusion System, on the Atos Canopy Orchestrated Hybrid Cloud, assisting the IOC (International Olympic Committee) in delivering the most sustainable solutions ever.

Tokyo Olympics 2020 to Flag Off this Season
Knocked off by the curse of the coronavirus, the Tokyo Olympics 2020 had to press the pause button and not only that, but the event’s business also lacked hope, especially in terms of tickets being sold. The virus had forced every aspect right from media to sponsors to take a back seat from the games happening. Every attempt to host the games were in vain as to not risk the safety of not only athletes, but the media, sponsors, and of course, the spectators.

Despite the virus always being the dominant force barricading the event from happening, Japan has been attempting to bounce back for a while, since it has spent an enormous sum of money, majorly belonging to public finances, to host its event.

The expense was already huge in 2020, and it skyrocketed once the pandemic forced a postponement. The Tokyo Organizing Committee of the Olympic and Paralympic Games (TOCOG) released an official budget update in December 2020, estimating that a total of 1.64 trillion Japanese yen would be spent on the postponed Olympic and Paralympic Games. The organizers spent the majority of the money on venue-related expenses, since they erected 19 new venues (10 of which were temporary) and rebuilt 18 others. Regardless of any anticipated economic ripple effects, Japan's projected investment on the games has already outweighed its anticipated earnings manifolds

On another page, the Japanese government is eager to host the Olympics owing to the obvious prestige it will bring, as well as to showcase Japan's values and strengths around the world. It aspires to relive the splendor of the 1964 Tokyo Olympic Games, as well as to raise national and world spirits, which have been lowered by the pandemic. It also seeks to shock the economy out of its doldrums.

However, this time the favor is with Japan, for the Tokyo Olympics 2020, will not only be backed by Atos, thanks to IOC and Atos extending their partnership for until 2024, Atos will continue to lend its strength to the Olympics by surging efficiency, flexibility, save costs, and take down the coronavirus misfortune that unfortunately forced the Tokyo Olympics 2020 to postpone its event.

With its already established Atos Canopy Orchestrated Hybrid Cloud, the tech giant plans on applying those solutions to make sure that the show must go on.

“The Olympics is all about teamwork since we work with an ecosystem of partners. We must collaborate to achieve a single goal: to bring the magic of the Olympic Games to life. The Olympic Games are a complex multi-stakeholder environment in which we provide a variety of services, ranging from consultation to integration and operations", remarked Patrick Adiba, Head of Major Events, Atos

IOC and Atos Extend their Partnership
Now that the deals are signed for the extension of that partnership between Atos and IOC, Atos will support the Olympic Games ‘ back with its many technological solutions. It also goes without saying that the tech giant will uphold its role securing the IT infrastructure for the games especially for the Olympic Winter Games 2022 and Olympic Games Paris 2024.

“During unusual circumstances, the support and confidence of our Worldwide Partners is now more crucial than ever. We are thrilled to continue working with Atos, our trusted guide in an era of enormous digital transformation, to offer the digital backbone and major digital platforms we rely on to administer the Games, in accordance with Olympic Agenda 2020, the IOC's strategic plan for the future”, said Thomas Bach, President, IOC.

This deal enlists Atos as the 12th Worldwide Olympic Partner to sign through 2024 and with the funds raised from partners, the IOC will be able to continue to support sport and athletes around the world throughout the year.

The agreement also covers marketing rights for the International Paralympic Committee (IPC) and the Paralympic Games, as well as the Youth Olympic Games.

For Atos, this might as well just be a cake walk, as it has been in the games since 1989 delivering tech-based innovations and services with its most notable one being the Olympic Games Barcelona 1992. It currently holds around 110,000 members on its team.

Atos to Serve Cybersecurity Solutions for the Paralympic Games Paris
Known for its secure and decarbonized solutions, Atos will commit to providing decarbonized solutions to help Paris 2024 achieve their goal of providing a unique and sustainable experience for athletes, coaches, volunteers, and spectators throughout the world.

•Online fraud prevention including behavioral analysis based on Artificial Intelligence

Atos has more than 30 years of experience and understanding in the sphere of sport, earning it a position as a pioneer in the digital transformation of big events.

“The Olympics is all about teamwork since we work with an ecosystem of partners. We must collaborate to achieve a single goal: to bring the magic of the Olympic Games to life. The Olympic Games are a complex multi-stakeholder environment in which we provide a variety of services, ranging from consultation to integration and operations", remarked Patrick Adiba, Head of Major Events, Atos.