Arcee Automations: Reiterating the Power of Machine Vision for the Indian Manufacturing Industry

The Industrial Revolution 4.0 and Industrial Internet of Things (IIoT) has fundamentally altered manufacturing, paving the way for companies to achieve new milestones in product quality, cost efficiencies, and greater visibility throughout the enterprise. Trends are inevitable developments that are years in the making, while inventions are more disruptive, bleeding in from areas unknown. Digging in those unknown areas, Chennai headquartered Arcee Automations specializes in the creation of machine vision and robotics solutions using a multi-disciplinary approach involving electrical, electronics, firmware, Software, and mechatronics.

Even though Robotic Automation is ripe as a technology, challenges still exist. Cost, capability to provide total solution (manufacturing of the end product & arriving at engineering solution), Multi-disciplinary approach to solution creation, and 'Fear of the unknown’ (possible unemployment, technical uncertainty, etc); are all obstacles in this domain. Cost consciousness being the paramount bottleneck with the market of mid-sized engineering robots, Arcee Automations develops and provides a total solution. The company has tied up with key robot vendors, and on a customer to customer basis, arrives at a solution based on the ideal robot for a customer's needs. In situations of a customer having a different robot, Arcee offers a compatible solution for the same. This is because a majority of the engineering robots have a standard industry interface. The vision is to have collaborative robots or cobots, which

can work along with other robots or human beings in the same cell.

Arcee has implemented quality inspection of the VIN (Vehicle Identification Number) engraved on the vehicle chassis, for one of the auto majors


In these systems, safety analysis and implementation plays a major role in pushing up the cost significantly. “India is just scratching the surface of this major shift in the robotics space, people are slow to appreciate the benefits of such systems since traditionally, Indian industry has not paid so much attention to safety. But the industry is beginning to pay attention to safety aspects”, says Kishor Arur, Partner, Arcee Automations, who looks after the company's R&D, Design & Quality Control.

Intense Innovation Surrounding Vision Inspection Techniques
Having worked with large multinationals dealing in assembly tracking systems with part numbers or sub assemblies, Arcee Automations provides a wide range of solutions; (Both PC and Firmware based) starting from data scanners to Vision Inspection Systems (Robots and Non Robot based) at various level of sophistication, to monitor and inspect such parts as the units pass through the assembly. Also this production level Business Intelligence is well integrated with multiple production houses at finished product level using centralized, database system. Arcee Automations has developed MultiCode, a Track and Trace solution for reading multiple DotMatrix Codes in a single scan , which has been installed at more than 100 customer locations. In order to encourage smaller manufacturing units to implement Machine Vision based inspection systems in their production facilities, Arcee Automations has also developed an inhouse product called ‘VisCheck’, to be launched soon.

Given that Vision Guided Robotics and Robot Based Inspection Systems find applications in diverse industries, Arcee has so far largely worked with the automotive sector due to its large local customer base. In this segment, the current demand is to implement the solutions on local production lines that are similar to the ones present on production lines which have been brought in from overseas earlier. As is with Arcee’s approach towards innovation, the company has invested a significant amount in its R&D on various aspects of vision inspection techniques and tools. The in depth understanding of Image Processing along with Data Science coupled with the Multi disciplinary Engineering expertise with industrial experience have positioned Arcee Automations in an exclusive place to provide solutions that suit the client-specific needs. In a recent venture, Arcee has implemented quality inspection of the VIN (Vehicle Identification Number) engraved on the vehicle chassis, for one of the auto majors. This system uses state of the art 3D imaging techniques.

For this particular project, conventional imaging techniques were of no use as the engravings are 3D and therefore color contrast between the background and the area of interest meant nothing. Arcee Automations impressed the auto client with their approach and implemented the solution on three different lines.

All this goes on to show that Arcee has done a significant amount of R&D on various types of algorithms, odometry and ensemble of algorithms. Arcee Automations emphasizes on vision guided robotics solutions such as application of geometry, stereo, structure from motion, motion understanding, activity analysis, optical flow, modeling object relations, articulation, odometry and analogy to encode relations across multiple images and transmit to movements. Latest advances in vision technologies opened industrial robotics to various new application areas that were not feasible earlier. More so, Arcee Automations’s wide expertise in machine vision in Non-Robot areas will add value in that angle in the years to come. 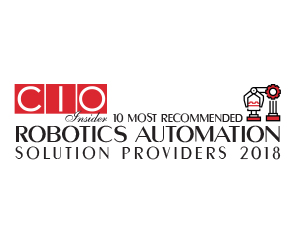