FC Kohli: The Legend Bids Adieu After Taking India to the Zenith of Global IT 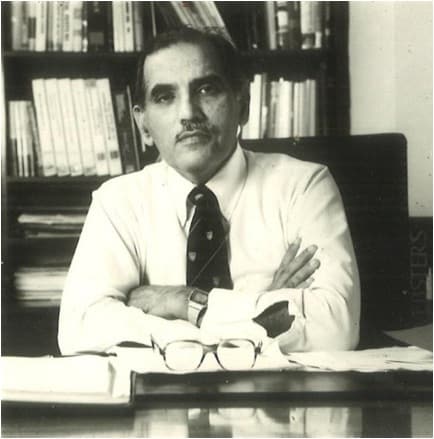 The decisions you make and choices you opt for as a youngster could define your future for good. But the story of Faqir Chand Kohli (FC Kohli), the very father of Indian IT industry, implies that your decisions as a youngster, especially pertaining to your career, could well define the future of your country as well.

As FC Kohli passes on to the great beyond, there is a seraphic coincidence with the year 2020, since it’s also the year Tata Consultancy Services (TCS), which made him a pioneer of Indian IT industry, edged out Accenture to become the world's most-valued IT company with Rs.10.57 trillion ($144.7 billion) market capitalization.

The Choice of a Lifetime
Something with the 20th century was that boys, no matter how old they are, inherited the family responsibilities, immediately after the demise of their father. It’s always tough. After his father’s demise during his final year of college, Kohli too had a tough choice to make - whether to join Indian Navy and get employed immediately or pursue higher studies. However, he initially decided to join Indian Navy. But as he was waiting for his enlistment, he had second thoughts and applied for a scholarship in Queen's University, Canada for higher studies. The young, ambitious boy from Peshawar (present day Pakistan) of British India, cracked the scholarship, joined the program, and went on to achieve his Bachelor of Science (Honors) in Electrical Engineering in 1948.

Meanwhile, the situation in his homeland was transforming dramatically. After fighting British for almost 200 years, India marched to its independence. In the aftermath of partition that followed, Kohli’s family had moved to and settled in Lucknow.

By the time he returned to independent India in 1951 to reunite with his family, Kohli had not only accomplished an MS in Electrical Engineering from the Massachusetts Institute of Technology (MIT), but also had an impressive wealth of professional experience. In addition to a year of professional experience with the Canadian General Electric Company - a Digital Industrial pioneer, he had run power system operations at Ebasco International Corporation, New York, and worked at Connecticut Valley Power Exchange, Hartford and New England Power Systems, Boston. When the young Kohli kick-started his journey in his homeland with Tata Electric Company, little did the world know that it was the beginning of a poetic anecdote.

It took no time for Kohli to impress everyone at Tata. He set up a load dispatching system to manage systems operations, which immediately caught eyeballs within the company. In the years that followed, he earned a stellar reputation as a progressive thinker and taskmaster as he introduced the use of digital computers like the CDC 3600 mainframe computer for power system design & control, which was deployed at Tata Institute of Fundamental Research.

Remember, it was a time when the leftist political parties were leading and supporting trade unions in protesting against the introduction of computer systems & technology interventions in workplaces, arguing that the machines would usurp human jobs and hit employment. The Young Turk who navigated Tata past such regressive thinking, grew within the company quite strongly, and soon had the attention of J. R. D. Tata , thanks to his inventive approach and leadership skills. Kohli went on to become a general superintendent in 1963, and a deputy general manager in 1967.

On April 1st, 1968, Tata Sons launched a new division, TCS, as a management and technology consultancy that would create demand for downstream computer services. The one J. R. D. Tata found to run the new startup was Kohli, the brilliant young technocrat from the Tata Electric Companies. TCS commenced its operations by supplying software solutions to the group companies, before having its major breakthrough in 1972, when the company signed its first contract with Burroughs corporation for delivering software solutions. There was no turning back ever since then.

For the next 30 years, he ran the show in the technology industry of the country. By the time stepped down as TCS’ CEO in 1996, Kohli had become a matchless personality in the global IT industry and business world at large.

The Crown of Achievements
In 1996, he was also the president of the Indian Information Technology (IT) services advocacy body NASSCOM. For his priceless contributions to the IT industry, in addition to him being generally referred to as the father of the Indian IT industry, the government of India in 2002 also awarded him with the country’s third-highest civilian honor, Padma Bhushan.

However, the most shining golden feather on Kohli’s crown of achievements remains TCS dancing its way to the zenith of the global IT Industry. At 11:00 PM IST on October 8th, 2020, TCS went on to become the most valued company in the world, surpassing Accenture, after clocking a market cap of $144.7 billion.

In TCS’ official statement after Kohli’s demise, N Chandrasekaran, the current Chairman of Tata Sons, echoes the sentiments of thousands of people around the globe, “He was a true legend, who laid the very foundations for India’s spectacular IT revolution and set the stage for the dynamic modern economy we enjoy today.” Wipro’s Chairman Azim Premji, wrote, “Kohli was the true pioneer of Indian IT. We have all followed in his footsteps. His contribution to the IT industry and thus to India is immeasurable.” As Chandrasekaran and Azim rightly said, we all have tasted the fruits from Kohli’s beautiful tree of success and the coming generations will continue to do so. Rest in Peace legend.