Moving to the Cutting 'Edge' of Computing 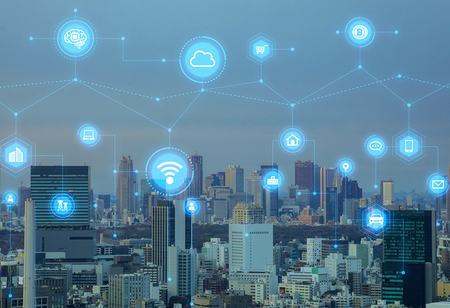 We have started reaping the benefits of the massive combo of IoT and Cloud Computing. After months of rollercoaster ride over the rails of Covid-19, even the industries like healthcare and manufacturing, wherein traditional physical operations and human-trust-factor almost stone-walled the penetration of technologies like IoT, are now embracing IoT and trusting the connected technologies. They have started reaping the benefits too - ranging from keeping human interventions at minimum to meticulously informed decision making and timely response.

Well, the aforementioned proposition is rosier on paper than its practical counterpart. For instance, leveraging the massive advantage of data & analyzed information for decision making is an extremely time sensitive process. Traditionally, the magnitude of latency for IoT devices & applications is said to be in the range of 10 to 100 milliseconds. In the language of decision making within an IoT infrastructure, it could be a massive day.

For instance, let’s take the example of autonomous vehicles & drones. The slightest of delays in decision making en route due to high magnitude of latency could result in catastrophic impacts. This is exactly where Edge Computing trends stem from. While technology vendors and end-users focus on deploying IoT devices and cloud infrastructure, the network connectivity doesn’t receive enough attention. The fact that most public internet architectures are unable to host critical, time-sensitive communications is not even that arguable. Since most of the cloud datacenters the world over are far from the data source, inducing latency, the organizations, whose business demands quick processing and response to IoT data, are moving towards Edge Computing in a swift manner. As enterprises fasttracks edge computing deployments, the leading cloud vendors are also arraying edge options for a broad range of needs.

Plethora of Options
Microsoft Azure is currently lining up several options that enable a hybrid edge. The company has also created Azure Edge Zones, which are small-footprint extensions of Azure placed in population centers that are far away from Azure regions to support VMs, containers, and a number of Azure services that let you run latency-sensitive

AWS has also deployed AWS Local Zones to distribute AWS services to edge data centers and telco networks. The company has two major lines of edge infrastructure - AWS Snow and AWS Outposts. The AWS Snow is a service that helps to run operations in austere, non-data center environments, and in locations where network connectivity is poor or non-consistent. On the other hand, AWS Outposts boasts a fully managed service that offers the same AWS infrastructure, AWS services, APIs, and tools to virtually any datacenter, co-location space, or on-premises facility for a truly consistent hybrid experience. It is ideal for workloads that require low latency access to on-premises systems, local data processing, data residency, and migration of applications with local system interdependencies.

However, Google Cloud is only catching up. The company had recently announced not only Anthos at the Edge, but also associations with AT&T on 5G connectivity, and the Google Mobile Edge Cloud.

Looking beyond the big three, Dell Technologies has recently joined forces with FedEx and Switch to develop exa-scale multi-cloud edge infrastructure services. The trio is poised towards bringing compute, storage and connectivity to the network edge and help customers overcome performance barriers for latency-sensitive applications. According to Dell, the novel initiative will allow organizations to make real-time decisions using capabilities like artificial intelligence, machine learning and 5G. Their blueprint also includes creating technology hubs across the United States that will be capable of supporting multiple cloud environments with Switch’s edge data centers and Dell Technologies’ cloud infrastructure. The hubs will be placed in strategic, secure FedEx locations, with the first underway in Memphis, Tenn.

During the announcement, John Roese, global chief technology officer, Dell Technologies, said, “The increasing pace of business is creating a growing reliance on near real-time connectivity to data that resides on the edge. In working with FedEx and Switch, we can create a more local cloud-based environment, offering customers faster access to their workloads and data for greater flexibility and speed.”

Going Forward
Other prominent names in the cloud industry are also ramping up their edge computing offerings. In a recent interview with CIO Insider, Abhijit Phanse, CEO, United Private Cloud, said, “There is an increasingly strong demand for Edge Computing. With 5G around the corner and heavy investments in the telecom sector, it’s going to be a key driver of the industry in the near future. Along with the core cloud infrastructures, the need to minimize the latency by bringing the cloud capabilities to the Edge will also grow. Hence, we are also deploying many Edge solutions, and going forward, that's an essential aspect of our constant innovation and business growth.” Abhijit echoes the sentiments of front-liners of the industry. The global market for Edge Computing, however, is expected to reach $18.7 billion by the year 2027, trailing a post COVID-19 CAGR of 27.7 percent. It is a sure bet to stir up a revolution.