Online Gaming Getting Nasty: A Story of Murders, Suicides and Late Regulation 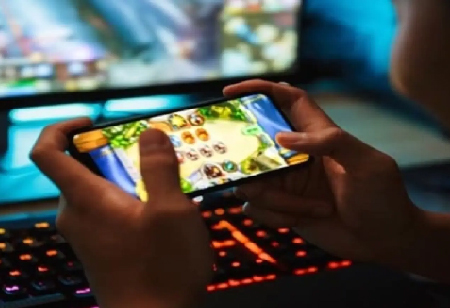 It was quite late at night. The peak summer heat didn’t even matter against the coronavirus that was starting to horrify the world. Enduring self-isolation in Bangalore, I was just about ready to call it a day. I closed my Twitter feed and was all set to have my desperate weekday sleep hours. As I was sliding in, the loud yells from the other room took me by extreme surprise.

It was my little cousin who was crashing at my place after his college hostel closed in the aftermath of the imminent pandemic. But halfway through my sprint to his room, I grasped what was happening. What I heard was his mission in ‘PUBG,’ the online war game going south. The warlord forgot it was the middle of the night!

The controversial online game was banned a year later but not before creating a stir. In India, multiple cases of alleged PUBG addiction leading teenagers to become murderers were reported. A 13-year-old boy from Mangalore, Akeef, was killed by his friend in a scuffle that started from their arguments over PUBG. A year later, another PUBG-addict teenager from UP killed his mother with his father’s gun when she stopped him from playing.

Even though PUBG is banned in India now, the threats of online gaming have taken different shapes and forms. For instance, online gambling portals have mushroomed over the past few years. They have been on an advertisement spree over the past two years, exploiting the full might of influencer marketing, video ads during mainstream events, click baits, and more. It seems to be working out well for them, but not so much for the gaming addicts. A few months ago, Ramakrishna, a 26-year-old from Warangal, Telangana, committed suicide after falling into a debt trap due to online gambling. In another similar case from Chennai, Parthiban, a 28-year-old auto-rickshaw driver, committed suicide after being caught in a vicious cycle of debt after losing vast sums of money in online betting. In September last year, a 21-year-old doing Semester 2 of his Bachelor of Engineering course at Vishwakarma Government College in Chandkheda, Gujrat, committed suicide in his hostel room, and the reason was no different.

In fact, this chain of manufactured disasters hasn’t gone unnoticed by the authorities—just that the progress in regulating them seems slow. Last year, agreeing to examine a plea seeking regulation of such portals, a bench of chief justice DN Patel and justice Jyoti Singh gave an ear full to the All India Gaming Federation: “We don’t want to join you as a party. Enough is enough. You just wait and watch. You are more concerned with your game and earning your money. But people are losing their money. Youngsters are committing suicide. You are concerned about earning at the cost of the lives of others. This cannot be at the cost of the life of youngsters. It (online gambling) is dangerous.”

Finally, on the first working day of the new year, the Ministry of Electronics and Information Technology released draft amendments to the IT intermediary rules 2021 pertaining to Online Gaming for public consultations. The new amendments are set to cover various aspects of online gaming.

Regulation
As per the new draft amendments, the online gaming intermediaries must first register with the concerned self-regulatory body and display the certificate of such registration on their website, mobile-based application, or both before hosting, publishing, or advertising an online game. The gaming portal will be given three months to adhere to the new registration rules from the commencement of the Information Technology (Intermediary Guidelines and Digital Media Ethics Code) Amendment Rules.

The online gaming intermediary also needs to publish a random number generation certificate and a no-bot certificate for each online game offered by the portal, along with relevant details of the same on its website, mobile-based application, or both. The certificate needs to be from a reputed certifying body.

The draft amendments also propose observing the following additional due diligence. The rules and regulations, privacy policy, terms of services, and user agreements of the online gaming intermediary shall inform the user about:

(i) All the online games offered by the online gaming intermediary, along with the policy related to withdrawal or refund of the deposit made with the expectation of earning winnings, the manner of determination and distribution of such winnings, and the fees and other charges payable by the user for each such online game

(ii) The risk of financial loss and addiction associated with the online game.

Physical Presence in India
Online gaming companies can no longer function as an entity alien to the country, as the new amendments mandate the companies to have a physical office in India. Furthermore, in addition to appointing a nodal contact person for 24x7 coordination with law enforcement agencies and a Grievance Officer who needs to be resident in India, the government also mandates the appointment of a Chief Compliance Officer (CCO), who shall be “a key managerial personnel or such other senior employee of the online gaming intermediary, and resident in India.”

A CCO’s responsibilities will largely be about ensuring compliance with the Act and the rules made under the new amendment. The CCO will also be liable in any proceedings relating to any relevant third-party information/data or communication link made available or hosted by the online gaming intermediary. S/he should also coordinate 24/7 with law enforcement agencies and their officers to ensure compliance with their orders or requisitions.

Furthermore, the new draft amendment also includes measures to verify customer identification and ensure the security of the information collected. It restricts the intermediary from using the information received for verification for any other purpose. The ministry has also developed frameworks to ensure that gaming portals systematically address customer complaints. Even though the regulations in the segment are quite late, it seems to be moving in the right direction.