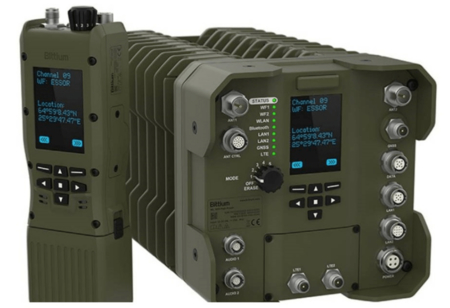 Prior to the Software Defined Radio (SDR) the Indian Army had been using Combat Net Radio (CNR) as the basis of communications, which consisted of voice communication only and has limited no data transmission capability. So as to make soldiers fight in the Net-centric battle space, the current Combat Net Radio (CNR) are soon expected to be replaced by indigenously developed Software Defined Radio, which have enhanced data transmission capability, enhanced voice clarity and data transmission accuracy in spectrally noise environments. It also supports multiple wave forms, and has greater system security and better communication survivability in clear and secure mode to meet the operational requirements in the Indian Army.

Under the Make-II category, the Indian Army is on course to restore its communication system by procuring Very/Ultra High Frequency (V/UHF) Manpack SDRs. After successful evaluation of vendor responses, Project Sanction Order (PSO) has now issued to eighteen Indian vendors to inaugurate prototype development. However, the contract will be placed with one of the firms post successful development of prototype as per provisions of Buy (Indian-IDDM) category of DAP 2020.

For Indian Army, the development of V/UHF Manpack SDR under Make-II will be a game changer and is currently in sync with the ‘Atmanirbhar Bharat’ policy of the Government which will lead to ‘Self Reliance’ in sophisticated communication systems.

The Armed forces require transition from single purpose radio of the past to more flexible Software Defined Radio to help facilitate most of their wireless communication needs. Also, the diverse service groups require an upgrade form factor radios for specific platforms and wave forms and applications. And SDRs allow the use of common waveform or application implementation methods for different form factors. They also allow achievement of futuristic waveforms on the same hardware using software programmability, thus ensuring longer life and savings on cost.