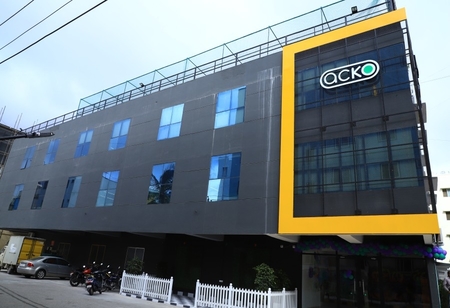 Acko General Insurance, a general insurance company, is planning a $ 200 million raise in a new funding round, in hopes to fetch one billion dollars, according to people familiar with the matter. A successful dealing at that could win the general insurance firm a place among the 14 new unicorn startups club.

For the same, the general insurance firm is already in talks with private equity giants General Atlantic and Multiples Private Equity, as well as Warburg Pincus and TPG, said the people familiar with the matter.

Acko's rating is projected to improve as venture investors become more interested in the larger financial technology sector due to increased digital usage prompted by the ongoing pandemic.

“The term sheets are from a few funds, and the funding cycle will be over in a month. It will more than treble the company's previous valuation of $ 400 million,” says one from the people familiar with the matter.

Aside from the private equity funds, the Insurtech firm is also in talks with FinTLV Ventures, an Israeli venture capital firm that focuses on Insurtech and enterprises.

According to sources close to the company, premiums will likely reach $ 150-175 million in fiscal 2022, and the internet insurance provider will not consider an IPO in the next two years.

It's unclear whether existing investors Amazon, Accel, and Elevation Capital will join the round.

Varun Dua and Ruchi Deepak founded Acko in 2016 with the goal of providing auto insurance and transportation services to customers. It added health insurance to its product mix in 2020. The insurer offers health insurance to registered Amazon India vendors on its e-marketplace, in addition to its base of privately covered customers.

The business partners with cab aggregator Ola and online retailer Amazon to provide bite-sized insurance coverage through their own applications.

According to company estimations, Acko's premium income increased to Rs.145 billion in the March quarter of fiscal 2021, up from Rs.94 billion the previous year. While the company's business faced a setback in the early half of 2020 owing to the pandemic, its newly created healthcare division developed quickly in response to increased demand for health insurance as Covid-19 spread.

According to sources close to the company, premiums will likely reach $ 150-175 million in fiscal 2022, and the internet insurance provider will not consider an IPO in the next two years.

Acko, Digit, and others, unlike competitors like Policybazaar and Coverfox, manufacture their own insurance plans as general insurance firms.

As of May, India had 25 general insurance companies that processed a total of Rs 10,822 billion in premiums. According to the latest IRDAI figures, Acko's premium income in May was Rs. 56 billion (Rs. 56 billion), whereas Digit processed Rs. 260.4 billion.