Byju and Google to Enhance Online Learning in Indian Schools 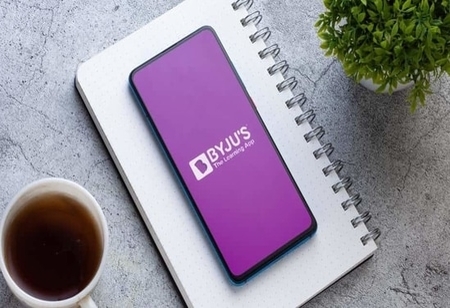 Byju's, the Indian edutech giant, established a partnership with Google to help Indian schools with online learning. The partnership aims to combine Google Workspace for Education and Byju's Vidyartha to create a collaborative and personalized digital platform that will be free of cost for participating educational institutions.

The edutech's math and science pedagogy and learning solutions, which include chapter-by-chapter slides, premade assignments, data banks, summary sheets, and handouts, will allow educators engaged in the program to give remote learning to their students.

By registering on the Vidyartha portal, schools can receive access to the platform's built-in collaboration with Bjyu's and Google. Every school that signs up will receive official email IDs for all instructors, students, and administrative staff, according to Bjyu.

Bjyu's confirmed to Gadgets 360 that the site will initially exclusively contain digital content in English. At this time, there are no concrete plans for additional languages.

Since the pandemic’s outbreak last year, Google has been working hard to expand its virtual classroom tools in India. In August of last year, Google partnered with the Maharashtra State Education Department to provide free access to its technologies, including G Suite for Education and Google Classroom, to one lakh schools across the state. To appeal to a prospective Indian audience, Google Classroom was also enhanced with extra Indic language compatibility.

Back in February, Google proclaimed that its digital tools are used by more than 170 million students and educators around the world. Over 50 additional features were also added by the company to make online schooling easier.

BYJU has reportedly raised $200 million from private equity companies BlackRock and T. Rowe Price in a new fundraising round. With the new funding, the online education startup is now valued at $12 billion, up $1 billion from its previous round in September, when it raised $500 billion from a group of investors including private equity firm Silver Lake Partners, Tiger Global, General Atlantic, and Owl Ventures for a $10.8 billion valuation.