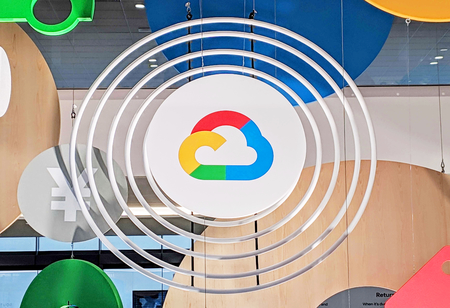 Google announced that it has agreed to use Elon Musk's SpaceX's growing satellite internet service, Starlink, for its cloud unit. Starlink terminals will be installed at Google's cloud data centres around the world, with the aim of using the cloud for Starlink customers and allowing Google to use the satellite network's fast internet for its enterprise cloud customers.

SpaceX will position Starlink ground stations within Google data centre assets as part of the collaboration. Google Cloud will then be able to deliver data securely and quickly thanks to the company's more than 1,500 low-Earth-orbit satellites.

Customers will be able to use the Starlink-Google Cloud features, which include safe data transmission to remote areas of the world, by the end of 2021, according to a press release issued by Google.

According to a spokesperson for SpaceX, the first Starlink terminal will be installed at Google's data centre in New Albany, Ohio, with more details on the relationship to be revealed in the coming months.

The partnership between SpaceX and Google Cloud for the use of the Starlink constellation is believed to lay a strong basis for the company's future endeavours. Though it intends to provide Internet access to customers all over the world, businesses are an important part of any Internet service provider's market, and SpaceX will welcome its new entry into that sector.

The Google-SpaceX partnership is yet another strategic victory for Google in its fight with Amazon Web Services, Amazon's behemoth cloud services unit. Amazon executives have stated that they intend to use Kuiper's internet access to boost their AWS cloud services.

Starlink is a SpaceX satellite network that employs thousands of small satellites in low Earth orbit (LEO). These satellites communicate with designated ground transceivers on a regular basis to facilitate high-speed data transfers.

The primary goal of Starlink is to provide Internet access in areas where land-based Internet infrastructure cannot be installed. Starlink has begun providing initial trial service worldwide, with plans to expand to near-global coverage by 2021. Starlink is currently only open to a small number of users per coverage area. Orders will be filled on a first-come, first-served basis in the future.