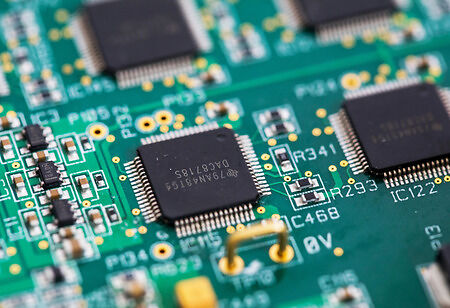 The delivery of MG Astor vehicles may be delayed due to market shortages of chips and semiconductors, according to Gaurav Gupta, MG Motor India's Chief Commercial Officer.

“We are all in the midst of a crisis that has never been seen before. The supply of chips or semiconductors is highly volatile and unreliable”, says Gupta.

The struggle is real especially when the pandemic drove automobile manufacturers to close their plants, chipmakers transferred their excess capacity to companies that build smartphones, tablets, and gaming devices, which are in high demand among housebound consumers.

Automobile manufacturers quickly recovered faster than predicted, leading them to raise output. Even so, when it came to chips, they fell back in line. As a result, major automakers like Volkswagen (VLKPF), Ford (F), Fiat Chrysler (FCAU), and Nissan (NSANF) are forced to modify production and, in certain circumstances, shut down factories. The problem has not yet entirely disappeared, and it's still wreaking havoc on the sector.

"However, just in case there is a spillover to next year”, he assures, “I can tell you that all batch one clients will be secured at the launch pricing”

A couple of months ago CIO Insider reported that input shortages and low stockpiles, according to Nomura, might lead to production cuts and shipment delays. This added to more woe of chip or semiconductor stockpiles, which are already in short supply in many industries and countries. As the scarcity of raw materials, port congestion, and container shortages, lead times, or the time it takes to order and get a chip, have grown. This particularly falls true in manufacturing supply chain countries like Vietnam, South Korea, and China.

In fact, the IHS Markit PMI for Vietnam dropped to 40.2 in August from 45.1 in July, marking the country's third consecutive month of contraction and lowest rating since April 2020. The Philippines' PMI fell to 46.4 from 50.4, marking the lowest number since May 2020. Thailand's PMI fell to 48.3 from 48.7, showing the seventh decrease in the last eight months.

According to IHS Markit statistics, Malaysia and Indonesia saw some relief in July, with PMI readings climbing to 43.4 from 40.1 and 43.7 from 40.1, respectively. However, both remain below the 50-point barrier that separates contraction from expansion.

A letter from Emkay Global dated August 30 stated that the lead time for automotive chips has increased from 8–12 weeks to 36–40 weeks. This is attributable to an increase in Covid-19 cases as well as restrictions in Asian countries that are part of the supply chain, according to the study. Due to a major chip shortage, Maruti Suzuki expected a 60 percent drop in overall car output in September across its Haryana and Gujarat factories.

Back to MG Astor, Gupta says that customers of Style and Super, for example, have shown a strong need for particular versions that depart from the initial plan. But to support our customer base, we've re-calibrated our entire backend operation.

The company plans to deliver its first batch of 5,000 vehicles in the current calendar year.

"However, just in case there is a spillover to next year”, he assures, “I can tell you that all batch one clients will be secured at the launch pricing”.

The MG Astor compact SUV is said to have been unveiled in India last month, with prices starting at Rs 9.78 lakh for the base 'Style' variant and up to Rs 17.38 lakh for the top-of-the-line 'Sharp (O)' variant.