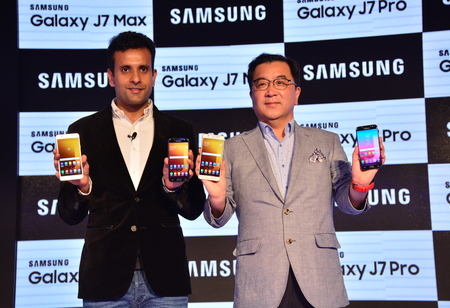 Ken Kang, who was heading the Smartphone business operations of Samsung India up to 2017, will be soon taking over as the company’s new Managing Director replacing HC Hong who will be moving over to manage the Latin American region for the Korean electronics giant.

Samsung India on Friday informed a few of its select trade partners and employees about the decision to appoint Ken Kang as the new Managing Director. However, no official announcement has

been made by the tech giant yet regarding the matter. The development comes on the wake of the Korean firm re-arranging its global management team earlier this month, which includes changes in the global mobile phone business chiefs and 162 other executive level employees, who had recently earned promotions as part of a re-shuffle.

Samsung is India’s largest mobile phone maker taking revenue into account. It has lost its top spot in terms of volume sales to Chinese rival Xiome in the last couple of years. Samsung is also facing very stiff competition from other Chinese mobile brands such as Realme, Vivo, Oppo and One Plus. Under the previous Managing Director HC Hong, who led Samsung India for 5 years , the company was able to double its revenues crossing the 10 billion USD mark in previous years. However, Samsung India’s net profit declined by Rs 1,540 Crores in the fiscal year of 2019. Since then, Samsung has decided to stay away from price wars with the Chinese mobile companies. One company executive cited that under the leadership of Ken Kang, Samsung India will make a stronger pitch to regain its lost shares in the mobile industry segment. Samsung has recently become the largest brand in refrigerator and microwave ovens and want to replicate the same success in air conditioning and washing machine market also.

Kang at present heads Samsung’s Smartphone operations in the Middle-East region and is expected to preside over his new role by the beginning of the next month.