Glance to Launch in the US 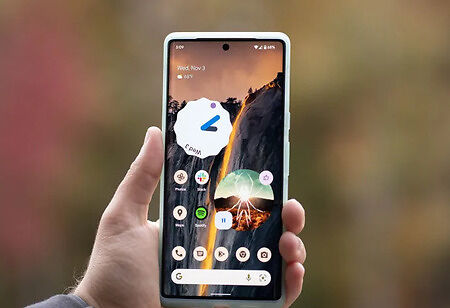 Lock screen platform Glance, part of mobile advertising giant InMobi Group, is planning to launch in the United States as early as the next quarter.

According to reports, the company has has already begun hiring for the vertical.

The company will take its live commerce solutions including Roposo as well as its recent gaming acquisition, Gambit, to the US market over the course of the year, as per reports.

Glance’s US aspirations comes at a time when technology behemoth Apple said last week that its lock screen has improved personalization, resulting in heated competition for the Indian firm.

Naveen Tewari, founder and chief executive, InMobi says, “Glance is designed to provide lock screen experiences on Android smartphones. Android is the leading OS (operating system) globally with close to 70 percent market share. In the US itself, Android has more than 45 percent market share; we have always targeted this substantial and highly lucrative market in the US.”

“This development does not change anything so far as our plans for this market are concerned. We are backed by Google, which owns the Android ecosystem, and we will continue to march ahead,” adds Tewari.

Glance is now strengthening its monetization play in India by launching digi-commerce on the platform in the next three months, where consumers can either award creators for the entertainment

Tewari says, “Glance is already 6-9 months ahead in the growth curve, and its entry into the US. Roposo will start its journey (to the US market) in the next few months. So, they are not necessarily coming to the US at the same time. But we see an opportunity to not only build Glance in the US, but also live creator commerce and believe there’s a big play in gaming which we will also take to the US.”

Glance is now strengthening its monetization play in India by launching digi-commerce on the platform in the next three months, where consumers can either award creators for the entertainment, or be a part of the experience by buying virtual currency or coins on the platform.