India's Fintech Ecosystem: The Story of Conventional to Convenience 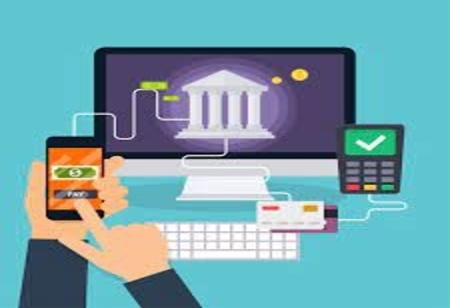 Long queues, tokens, stacks of paper and cash, books, and the machine calling out for token numbers was the scenario of how banks functioned in India up until a few years ago when technology’s roots had begun to grow. Be it opening an account or applying for a personal loan, the procedure was often lengthy and time-consuming for both banks and its customers. Least, half days’ time had to be dedicated to these procedures, accompanied by the confusion and wariness of handling paper documents or files. Much worse is the pain that unpleasantly stirs the soul when money or a file is not where it was placed before. Robbery? Carelessness? Confusion? The vocabulary can go on like a trip to many countries.

For a fact, banks are known to be one of the early adopters of technology, only with a cacti-like growth pace. But fast-forwarding to the present, both banks and customers can do away with most procedures, practically with their fingertips eliminating the need of carrying cash or papers. This not only has been a saviour of time, but is almost restoring safety as well as trust among both parties.

Artificial Intelligence (AI), Internet of Things (IoT), Big Data, Blockchain and other modern technologies are dominating the entire sector, turning it into one of the most globally fast-growing Fintech ecosystems. The government has been most active with its set of initiatives posed towards boosting the growth of the ecosystem; leave alone the increased emergence of start-ups contributing on their behalf. As the growth of the fintech sector is connected to the vital nerves of the nation’s economy. Today, the nation participates in the InFinity Forum, a thought leadership conclave on Fintech, presided by the Prime Minister, Finance Minister, and other VIPs on the block.

Prime Minister says, “Finance is the life blood of an economy and technology is its carrier. Both are equally important for achieving Antyodaya and Sarvodaya”

PM says Fintech must Ensure the Security of People’s Trust
Hosted by the International Financial Services Centres Authority under the aegis of Government of India in collaboration with GIFT (Gujarat International Financial Tec) City, Bloomberg. The two day event is poised to focus on aspects circling around fintech and using it for inclusive growth, is themed ‘Beyond’ this year.

Like the name suggests its set for stakeholders to ponder beyond conventional mindsets, approaches and discuss new trends on SpaceTech, GreenTech, AgriTech, quantum computing and more. The forum is blending in the minds of leaders in policy, business and technology. As to pitch actionable insights into how technology and innovation can be used by the fintech industry for inclusive growth and to serve the masses.

In that regard, the nation’s PM, Narendra Modi, says that the common man has placed immense trust in digital payments. It is now time for the fintech ecosystem to ensure the interests of the people are secured. With that he affirms, “Fintech innovation will be incomplete without fintech security innovation”.

He emphasized that fintech initiatives must now be converted into a fintech revolution, in a manner that helps achieve the financial empowerment of every single citizen of the country. PM Modi noted that, from fewer than 50 percent of Indians having bank accounts in 2014 to almost universalization with 430 million Jan Dhan accounts in the last seven years, technology has catalyzed financial inclusion.

The PM also mentioned that the history of currency has seen a lot of change. He states that mobile payments in India surpassed ATM cash withdrawals for the first time last year. Fully digital banks with no physical branch offices are already a reality, and in less than a decade, they may become commonplace.

He emphasized that the Fintech Revolution is propelled by financial inclusion. Fintech, he continued, is built on four pillars namely income, investments, insurance, and institutional credit.

The Prime Minister concluded by saying, “Finance is the life blood of an economy and technology is its carrier. Both are equally important for achieving Antyodaya and Sarvodaya”.

Then came the views of the nation’s Finance Minister, Nirmala Sitharaman, who spoke on the upcoming cryptocurrency bill which is bound to open new dimensions to virtual currency.

Her remarks are also made in the context of the government planning to introduce legislation to regulate cryptocurrencies. India is working on a new cryptocurrency bill that will take into consideration the fast changing dimensions of the virtual currency ecosystem and will be introduced in Parliament by the end of the year.

The Cryptocurrency and Official Digital Currency Regulation Bill of 2021 is slated to establish a framework that will make it easier for the Reserve Bank of India to develop an official digital currency. The bill also aims to outlaw all private cryptocurrencies in India, but it makes exceptions to encourage cryptocurrency's core technology and applications. She claimed that India has experienced a digital revolution in recent years, and that financial inclusion has enabled the underprivileged to reach societal norms of empowerment.

The event is attended by ministers from several nations, as well as CEOs and MDs of domestic and international enterprises. Some of the prominent partners for this year's Infinity Forum include NITI Aayog, Invest India, FICCI, and NASSCOM.

Are Virtual Banks the Future?
There still lies a certain portion of the country which remains under banked, undeserved and subject to the dynamic regulatory environment. Fortunately, there’s fintech which is transforming the banking industry. As a result, modern technologies like AI-powered apps (chatbots, robotics) have already begun to revolutionize operational and customer service aspects. According to Juniper Research, by the end of this year, two billion Indians will be using digital banking. Despite problems such as security risks, distrust about digital banking, and a lack of financial knowledge and awareness, mounting data suggests that digital banking is becoming the preferred method of banking in India.