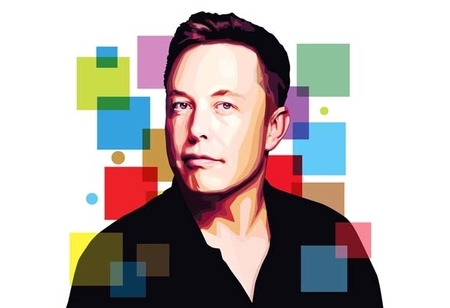 Whether dreams are big or small everyone wishes to fulfill them before they kick the bucket. Some dream of becoming rich while others dream about having the most peaceful life. doing charitable work. But there are people who dream about taking humanity to Mars or saving mankind before hitting the expiry date. Does it sound crazy? Well, Elon Musk, one of the most talked name in Biz-town, is on the verge of executing one of the bizarre dreams the mankind has ever seen. Elon is on a mission to take people to the Mars and more. The business tycoon with enormous enthusiasm towards colonizing Mars, once expressed, “I would like to die on Mars. Just not on Impact”.

I would like to die on Mars. Just not on Impact

Winding almost five decades back, born into a humble household in Pretoria, South Africa, Elon was often found plunged in books about technology and sci-fi. The young chap first began showing signs of interest towards computing at the age of 10 using his Commodore VIC-20. He took another step further by mastering the BASIC language after completing a six-month course in just three days. By the age of 12, he invented a BASIC-based video game called Blaster, to which he sold his code to PC and Office Technology magazine for about $500.

However, young Elon faced lots of hardships during his childhood, where not only he was subject to his father’s abuse but was also up against bullies at school. One such bullying incident even went as far as landing him in a hospital. Elon pulled himself together and even learned martial arts to help fight better against the bullies. Moving on to his college days, Elon began making bold stunts by calling executives he read about in magazines. Surprisingly this bold stunt fetched him an internship at the Bank of Nova Scotia. The experience did him much good; as years later he went on to commence his own online finance business. Life can be hard at times and only a few have had the opportunity to clap back and prove to their victory to the world, and Elon is one of them. Without further adieu, let’s hop on a ride to Elon’s innovative journey.

The Double-Graduate who Sold His First Company for $307 Million
Two years at Queen's University, Canada, Elon then leapt towards pursuing a double major in business and physics at the prestigious Wharton School. Later on he collaborated with his brother, in which the two embarked on a journey to start their own company called Zip2 and soon their startup was purchased by another big company for a whopping amount of $307 million, in which the transaction rewarded Elon with $22 million. He used all of this money to start new companies.

The combination of Elon’s startup X.com and Confinity gave rise to the product of Paypal. Soon after the merge, Elon then donned himself as Paypal’s CEO. Although his time there was short lived, he insisted on staying by investing for the company. All his efforts paid off when the company was sold to eBay for a whopping $1.5 billion two years later, fetching Elon $180 million.

The Birth of SpaceX
During Paypal’s sale finalization, in the meantime Elon began shifting his interests to explore space, and he brought SpaceX to life in 2002 using the whole $180 million from the Paypal deal. The purpose behind it was to bring down the space transportation costs to enable the colonization of Mars. By 2006, the space rocket company went into a contract with NASA to handle a scheduled cargo transport to the International Space Station in 2008.

Crowning as Tesla’s CEO & EV Industry Revolution
Elon initially stepped in as Tesla’s chairman and upon becoming the company’s top investors; he then blossomed as its CEO in 2007. As of 2020, Tesla holds about 80 percent of the U.S electric vehicle market according to electrek website and according to Buy Shares has maintained an 81.66 percent market share of U.S’ EV market in 2020. As Elon’s goals have always stood for sustainable energy, he set out to create Roadster in 2008, a product which is now setting new heights to the entire electric cars industry. The company redefined the world’s perception on electric cars and is considered as the top automotive sellers in the world. Currently Tesla is working towards making electric car batteries with a million mile lifespan.

On the hand, after three attempts in vain, SpaceX managed to successfully launch its fourth rocket into space in 2008, which was a mega turn of events for Elon’s company as it earned a $1.6 billion contract with NASA. With out of the box visions, Elon, the jack of all trades, continued to grow his companies in different industries. The following year Elon introduced Tesla’s Model S, where the vehicle received the highest ever Consumer reports rating of 99/100 in 2013 and also for its safety in the history of National Highway Safety Administration.

Launch of OpenAI and Powerwall’s in the Market
Towards the end of 2015, Elon established OpenAI, a San-Francisco based organization set to make advancements in AI to benefit humanity and develop human brain surpassing technologies in the respective field. In the same year, his Powerwall, an innovative solar-charged battery pack hit the markets for its cost-effectiveness and its sustainable manner of powering homes. However, due to the increasing involvement of Tesla’s AI, Elon had to step down as the company’s chairman in 2018 to avoid conflicts.

In 2016, SolarCity became the most popular installer of Solar panels in the U.S. Back in 2006, Elon had spent $10 billion into SolarCity, where Tesla bought SolarCity and made it a subsidiary in 2016. The same year, a transportation startup which is focused on boring and constriction tunnels, is Elon’s most recent venture. Its main purpose is to combine affordable technology and electricity to facilitate fast city-wide transit. To top it all off, he then started another project called Neuralink, a neural technologies company, which can incorporate artificial intelligence into human intelligence.

When talent and dedication come together the result is Elon Musk. One might argue that the driving forces behind his inventions and businesses, to which the corporate tycoon placed 25th on the Forbes 2018 list of the world's most powerful people, can be his curiosity, ambition and zeal. Well the saying does go as, when the going gets tough, the tough gets going. The path to achieve great things is always hard and almost incomplete, but the journey will be relatively smooth with unending enthusiasm and dedication. Looking back on his long journey and his unwavering enthusiasm for each one of them, it wouldn’t be surprising if he became a Mars citizen in the future.