SpaceX's DOGE-1 to Fly to the Moon by Q122; will Accept Dogecoin 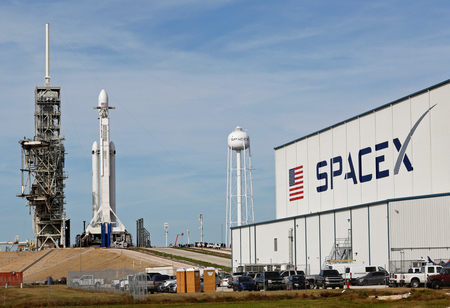 Geometric Space Corporation (GSC) mission management will collaborate with SpaceX to launch a 40kg cubesat as a rideshare on a Falcon 9 lunar payload mission in Q1 2022 as part of Geometric Energy Corporation's DOGE-1 Mission to the Moon.

"By transacting with DOGE for a deal of this nature, Geometric Energy Corporation and SpaceX have solidified DOGE as a unit of account for lunar business in the space field," said Samuel Reid, Chief executive officer, Geometric Energy.

It has been selected as the unit of account for all lunar business between SpaceX and Geometric Energy Corporation, and it establishes precedent for future lunar and Mars missions.

Indeed, DOGE has proven to be a fast, reliable, and cryptographically secure digital currency that can function when conventional banks cannot and is sophisticated enough to fully fund a commercial Moon mission through this transaction.

Geometric will work with POINTBLANK LLC, Mimir Solutions, and Iteration Syndicate (ITS) on the mission's software and hardware architecture. Digital art in the form of space plaques produced by GeometricLabs Corporation and Geometric Gaming Corporation will be allocated additional payload space.

"This mission will demonstrate the application of cryptocurrency beyond Earth orbit and set the foundation for interplanetary commerce. We're excited to launch DOGE-1 to the Moon!", said Tom Ochinero, Vice President, Commercial Sales, SpaceX.

Following Musk's debut as host of 'Saturday Night Live', the DOGE-1 mission was launched despite his mentions of the cryptocurrency, the price of dogecoin decreased during his appearance, falling below 50 cents.

The news also comes on the same day that SpaceX set a new record for its Falcon 9 rockets. SpaceX landed the Falcon 9 rocket's booster for the tenth time after launching another batch of Starlink satellites into orbit, a milestone Musk has previously identified as critical in the company's progress toward reusing its rockets.

In May 2018, Musk told reporters, "It's planned to do 10 or more flights with no refurbishment between each flight. We estimate that Falcon 9’s boosters will be capable of at least 100 flights until they are retired. Perhaps even more”.

"This mission will demonstrate the application of cryptocurrency beyond Earth orbit and set the foundation for interplanetary commerce. We're excited to launch DOGE-1 to the Moon!", said Tom Ochinero, Vice President, Commercial Sales, SpaceX.