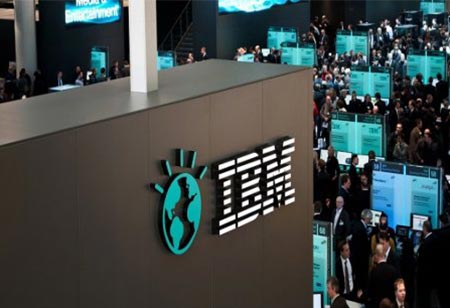 The tech giant’s six-year-old AI debating system, affectionately dubbed “Miss Debater,” went head-to-head with one of the world’s greatest ornate practitioner. After a 25-minute rapid-fire exchange about pre-school subsidies, during which the female-voiced AI showed flashes of very homo sapien humour , the audience handed the victory to 31-year-old Harish Natarajan.

There was an endless discussion on Artificial Intelligence (AI) and how if everything goes other way round, it can act as a threat to mankind. In the battle of opinions, a human has overcome IBM's AI-based debating system. Harish Natarajan, the

grand finalist of the 2016 World Debating Championships, involved in a face-off in contradiction of a system built to debate with humans. Natarajan overpowered IBM Project Debater, which is sensed as the ‘first AI system built to debate’. The match took place in the presence of 700 people, plus debaters at the Yerba Buena Center, who were told to vote for both the sides before and after the debate takes place. The topic for the debate was grounded on subsidising pre-schools, which was not publicized until 15 minutes before they were on the stage. Project Debater debated in favour of subsidising pre-schools.

The debate went along the normal style where both the wings contributed four-minute introductory speech, four-minute denial and a two-minute concluding argument. Project Debater underwent the debate stating how subsidising pre-schools can support in breaking the poverty cycle. The machine retained its opinions forward without any internet connectivity and only was using machine-learning and its knowledge base to put forward its points. Natarajan, who talked against subsidisation of preschools, detailed that it is a politically focused giveaway to the middle class and could ingest the resources that could be used somewhere else.

The denial segment made the change where Project Debater, in its repetitive voice continued with its primary argument rather than opposing Natarajan’s point of view who pointed out the AI system and said that is not practically possible for the government to keep an ‘unrestricted budget’ for the helpful programs. Project Debater positioned its best points during the conclusion, which sometimes appeared out of order, but substantial as well.

Before of this competition, Project Debater executed live last year in front of the press. Since then, IBM has been functioning on to advance Project Debater’s rebutting skills. The machine was in short of a certain amount of emoting and voice modulation, which was absent in its speeches and perhaps, revolved the votes in favour of the human. It would be interesting to see how AI-based systems operate in the future. Currently, AI is extensively used in smartphones and smart home appliances where it uses machine learning to forecast replies to a text, or advising music based on recently played music and so on.

Record Volumes As Digital Payments Thrive In Time Of Pandemic