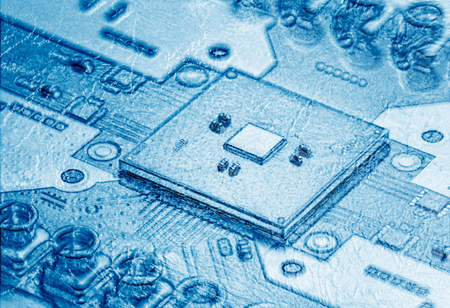 The 'interconnect bottleneck' that exists between quantum chips in cryogenic dilution refrigerators and the complex room-temperature electronics that power the qubits has been addressed by Intel and QuTech, a collaboration between Delft University of Technology and the Netherlands Organization for Applied Scientific Research.

Intel and QuTech successfully demonstrated frequency multiplexing by controlling two qubits with the same cable. This is a significant proof of concept since each qubit is currently powered by its own cable, which is not scalable as the number of qubits grows. 'Horse Ridge' aims to overcome this constraint by reducing the number of radio frequency cables needed for qubit control using multiplexing.

The researchers demonstrated the controller's programmability by running the Deutsch-Jozsa algorithm, a two-qubit algorithm that is more effective on a quantum computer than on a conventional computer.

With Intel's cryogenic controller chip 'Horse Ridge', the advances were covered in Nature, the industry-leading science journal of peer-reviewed analysis, and represent a significant milestone in solving one of the biggest obstacles to quantum scalability.

The results of randomized benchmarking shows that a commercial CMOS-based cryo-controller can achieve coherent control of a two-qubit processor with the same degree of fidelity of nearly 99.7 percent as room-temperature electronics. This is a breakthrough in the world of cryo-electronics for quantum computing.

The trick to solving the 'interconnect or wiring bottleneck' is to get the control electronics to work with high fidelity at cryogenic temperatures.

Since between the quantum chip stored in a dilution refrigerator at low, cryogenic temperatures and the room-temperature control electronics that control the qubits, a key bottleneck for quantum computing exists.

Last year, a new generation of the chip called ‘Horse Ridge’ was developed. Horse Ridge, a cryogenic control chip for qubits designed using Intel's 22nm FinFET Low Power technology, was the first step toward addressing this problem. To simplify the difficulty of control wiring for quantum systems, Horse Ridge integrates main control functions for quantum computer operation into the cryogenic refrigerator as near as possible to the qubits themselves.

“Together, these innovations pave the way for fully integrating quantum control chips with the quantum processor in the future, lifting a major roadblock in quantum scaling”, added Pellerano.

Horse Ridge's original promise as a fully integrated and scalable solution for simplifying quantum control electronics is validated by the research results, which show that the technology can be directly applied to multi-qubit algorithms and noisy intermediate-scale quantum devices.

With further research, it might be possible to completely combine the controller chip and the qubits on the same die since they are all made of silicon or box, paving the way for quantum scalability.

“Together, these innovations pave the way for fully integrating quantum control chips with the quantum processor in the future, lifting a major roadblock in quantum scaling”, added Pellerano.