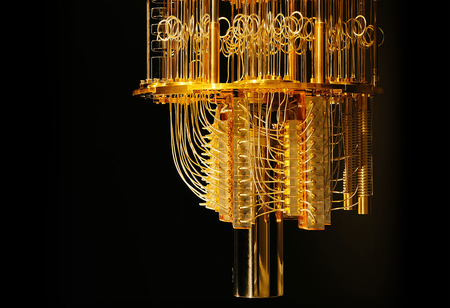 Back in 2019, scientists at Google claimed that they had achieved 'quantum supremacy' that outperformed the world’s supercomputer by completing a series of 200 calculations in seconds, which would have taken thousands of years for a classical computer to achieve.

Google described a feat accomplished on their cutting-edge quantum computer – a code-named 'Sycamore'. Although quantum computers are not yet capable of performing useful tasks, this result shows that they have an inherent advantage over conventional computers in some situations.

However, Google's main quantum-computing competitor, in a last-minute protest, said that the quantum supremacy threshold had not yet been crossed. In an online article, IBM demonstrated that the world's most efficient supercomputer would keep up with Google's new quantum machine. As a result, IBM argued that Google's argument should be taken with a 'large dose of skepticism'.

But what's the big deal? Aren't major milestones supposed to be significant accomplishments? Why is there a feud between two major tech giants? These events serve as a reminder that not all technological revolutions are major breakthroughs and that quantum supremacy, in particular, is more complex than a headline can convey.

Since, quantum supremacy is achieved only when they break the talks from being interesting research subjects to accomplishing things that regular computers aren’t quite capable of, hence the term 'milestone' is often referred to it which is otherwise popularly termed as ‘quantum supremacy’.

The Origin of Quantum Computers
Quantum Computers are no strangers in the digital realm and have been existing for many a decade, though under development. While ordinary or classical computers use bits of strings of 1s and 0s, the quantum computers use quantum bits, or qubits, which follow the strange rules of quantum mechanics to encode information.

These computers are designed to take advantage of these properties in order to perform calculations that are much faster than any conventional computer. Quantum computers, on the other hand, have struggled for years to equal the computing ability of a handheld calculator.

The term ‘quantum supremacy’ was coined by John Preskill, a theoretical physicist at the California Institute of Technology, in 2012 to define the moment when a quantum computer eventually outperforms even the best supercomputer. While the term became common, experts began to disagree on what it meant.

Which is pretty obvious in the feud between Google and IBM, where Goggle claims that it has conquered this milestone and IBM argues that it has not done so. Most experts define quantum supremacy as the moment when a quantum computer conducts a calculation that a classical computer cannot equal for all practical purposes. Since 'practical' can be a confusing term here, since each one's thoughts vary, this is the root that stemmed the Google-IBM feud.

The Feud Between Google and IBM
In a study published in ‘Nature’ Google claims that their ‘Sycamore’ processor took 200 seconds to perform a calculation that would take 10,000 years for the world's best supercomputer, which happens to be IBM's Summit machine. That's not a practical timeframe. However, IBM now claims that Summit, which takes up two basketball courts at Oak Ridge National Laboratory in Tennessee, could complete the calculation in 2.5 days.

The round seems to be in favor of IBM, as several computer experts interviewed for this article said IBM is probably correct on that score, Google stands by their 10,000-year prediction. Scott Aaronson of the University of Texas, Austin emailed, ‘IBM's argument seems reasonable to me’.

Google demonstrated in a new paper that their 53-qubit quantum computer can perform a specialized computation known as 'random circuit sampling' in fast polynomial time. Meanwhile, there's no proof that any traditional machine can complete the task faster than slow exponential time. That is much more relevant than the time period involved, whether it is 2.5 days or 10,000 years, according to William Fefferman of the University of Chicago.

Fefferman further explained that, “the exact time estimate isn't that important. With the exception of the 10,000 year estimate, I don't think [IBM's paper] could invalidate all of Google's core claims.”
Nevertheless, what counts is that Google's machine is solving a computational problem in a way that a traditional computer cannot. Due to this difference, a classical computer would have to double in size every time the quantum computer expands by even a single qubit. To keep up with a quantum computer with 70 qubits, which is expected in the next few years, a classical supercomputer will need to be the size of a city.

The alleged quantum supremacy achievement by Google is a progressive step forward in the search for functional quantum computers.

quantum supremacy will be a massive change in theoretical computer science. It may go as far as to become the first scientific breach of the theory, ushering in a new era for computer science.

The Relevance of Quantum Supremacy
The mission that will be used to measure quantum supremacy is a pretext, more of a stunt than a useful advancement. As a result, not all serious attempts to construct a quantum computer are focused on achieving quantum supremacy. “We don't use the term 'quantum supremacy' at all. We don't bother about it”, said Robert Sutor, executive in charge of quantum computing strategy, IBM.

In other respects, however, quantum supremacy will be a turning point in computing history. At the most fundamental level, it has the potential to lead to quantum computers that are actually useful for solving some practical problems.

This point of view has historical support. The first quantum algorithms were developed in the 1990s to solve problems that no one cared about. However, the computer scientists who created them learned valuable lessons that they could apply to the creation of future algorithms, like the Shor's algorithm for factoring large numbers for instance, that have far better practical consequences.

“I don't think those algorithms would have existed if the group hadn't first focused on the issue of 'what are quantum computers good at in principle?' without thinking about the usage value right away,” said Bill Fefferman, a quantum knowledge scientist at the University of Chicago.

But on a positive note, researchers can learn stuff that will enable them to construct a more widely useful quantum computer later on if they build a quantum computer that beats classical computers even if it only solves a single not so relevant problem.

Furthermore, quantum supremacy will be a massive change in theoretical computer science. It may go as far as to become the first scientific breach of the theory, ushering in a new era for computer science.

However, computer scientists predict that a quantum computer will need to solve the random circuit sampling problem for a circuit of 70 to 100 qubits and a depth of about 10 to achieve quantum supremacy. If the circuit is much smaller, a traditional computer could probably still simulate it and traditional simulation techniques are constantly improving.