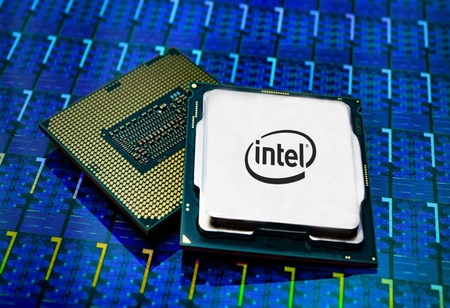 Both the chips are infused with its Iris Xe graphics and can be used in sleek and lighter laptops. The chip maker trumpets its Core i7-1195G7 as its flagship model for its base clock speed of 2.9GHz. The model is said to reach upto 5.0 GHz on a single core using Intel's Turbo Boost Max 3.0 tech.

Whereas the other chip, Core i5-1155G7’s base clock is clocked at 2.5 GHz with a maximum speed at 4.5GHz. Another part is that both are incorporated with four cores and eight threads.

Speaking of its 5G M.2 module for laptops, the module was developed in partnership with MediaTek, and enables OEMs to use a new M.2 card in their designs. The module is 5G NR enabled, can be used in midband, sub-6ghz frequencies and can even offer eSIM technology.

For the same, the chip maker has established partnerships with telecommunications in North America, EMEA, APAC, Australia and Japan and the module is said to be used in laptops such as Asus, Acer, HP and a lot more by the end of the year.

Meanwhile these OEMs are also burning the night oil by working on 250 designs based on 11th Gen U-series chips, which are on their way to the markets by the end of the year.

Ever since the chip maker had signed a business deal with Apple in 2019 worth $ 1 billion, the chip maker pursues to design and deliver products made from its very base in the modem space.

The news of the chip launch had come around early April, to which it had already released a series of fresh 500 motherboards to support its Rocket Lake-S CPUs and PCI Gen4 for GPU and fast NVMe storage.

There is also another news about the launch of its 12 Gen Core series of processors, anticipated to be launched during September this year, but its actual launch is discussed to be around December, as reported by HKEPC. The report also established details about Adler Lake-S series chips that are said to be based on the 10nm enhanced SuperFin, rather than the 10nm SuperFin architecture. Simply put, these processors are proclaimed to be more power efficient than the Tiger Lake series, although the dates are yet to be confirmed.

But for one it's believed that Asus, HP and Acer will be the three prominent PC OEMs that are launching laptops with 11 Gen Intel Core U and H-series this year. All three OEMs are said to use 5G Solution 5000 cards in their devices.

The annual tech show that celebrates the PC industry is held virtually this year due to the pandemic driven situation, for which the trade show is said to last a month. Prominent PC OEMs including chipset or GPU companies will use the platform for new concept designs and products nonetheless.