Is This The Age Of Super Apps In India? 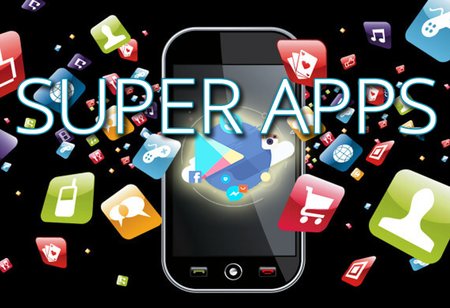 The digital economy (internet economy) has been rising since COVID-19 pandemic started. Though business is not properly working for most of the reputed firms, consumers are using e-commerce platforms, mobile applications for foods, grocery, and medical emergencies with ease.

In March, India witnessed the first nationwide lockdown not even barring the internet businesses. Because of this, the internet market forum depleted with 15 percent in the next months compared to the Pre-COVID days.

However, from May beginning, some of the lockdown rules were ruled out. This led to the initial reconstruction of supply chains. Since then the internet market is seeing a gradual growth in sectors of e-commerce, online medicine, and education.

The month later, in June the internet market saw an annual $45 billion mark. It was far below the Pre-COVID level of $75 billion annual marks, though more than April ($10 billion annual marks). This was according to a report by market research and advisory firm RedSeer Management Consulting Pvt. Ltd. The figures represent the devastation caused by novel coronavirus in internet businesses in an uneven fashion as travel/hospitality and mobility have suffered, but not affecting the online grocery and education.

According to RedSeer, through three parameters resilience (addition of new customers and time spent), innovation (customer view on new products and services/features by internet market during lockdown), and empathy (customer lookout on health and charities by internet market), companies like BigBasket, Flipkart’s grocery application Supermart and Amazon’s grocery business were the biggest winners during lockdown. These companies were followed by Grofers, Netflix, and PharmEasy, Amazon Prime, Medlife, Paytm, and PhonePe.

This analyzation is totally based on the consumer surveys by RedSeer across 7000 internet users from 30 cities including 100 internet companies. It is between the duration of March and last of May.

Companies on internet platforms spent more than $3 billion on customer acquisition in 2019. The revenue generated is now giving companies to gear up business processes this year. It has been a burgeoning addition for the internet business companies.

The trends across internet business view the structural shifts in consumer spending habits and usage patterns. The reports also state that

entrepreneurs on internet business platforms like grocery, e-pharmacy, and digital education are saying that business went up sharply in this period. For the best part, the companies are in talks to raise money for the internet-based companies.

Internet market is recovering because of a healthy e-commerce market. From January to now, online retailing has increased by 10 percent reaching $33 billion annual mark last month. The private expenditures were reduced by 33 percent in the previous months compared to the last year’s record. The drop in the offline retail, where e-commerce comprised 4.5 percent of India’s retail last month, there is a big jump from 3 percent in January.

Many people say that they are focused on buying things for fashion, electronics, and personal care online in the coming months with cheaper rates from the e-commerce platforms. E-commerce platforms like Flipkart and Amazon will be the prime channels to buy from. Apart from the fashion retailing, the other categories saw rise in the market from January. As said earlier, online groceries clubbed the market with exceptional growth figures, electronics and home/office appliances were the others to witness surging markets. Buyers were interested in buying laptops and televisions. This also reminds the interest to work from home among everyone.

With the opening of offline retailers of groceries, the demand for online grocery has not gone down. With the addition of two new consumer groups – middle-aged people from metro cities and affluent users in tier II cities has cusped the market products.

Fashion sales though is still about to clamp the market with clothes and footwear. It is predicted that online fashion startups and retailers have advantage over the giants like Shoppers Stop or Future Group.

Online healthcare, digital education, and the entertainment industry have benefitted enormously by the pandemic lockdown. Patient numbers increased with doctors finding no time to take a break from online consultations. Both patients and the doctors were heavily relying on the digital health platforms for curing fevers, coughs, and mental illnesses. Nowadays, people are ordering medicine online as internet penetration in digital health has increased two times to 2 percent of the overall market in June from January (from RedSeer Data).

As schools and colleges are yet to open, digital education has paced up. Digital education has seen increase two times in size in June from Pre-COVID levels. This sector is bound to grow to $3.5 billion from $750 million by 2022 as reported by RedSeer. The entertainment industry which includes entertainment applications like Netflix, Amazon Prime, and Jio Saavn witnessed the best numbers in this period. Addition of new films, TV shows, and other content with flexible pricing and subscription figures increased the numbers. Tourism and travel on the other hand collapsed, and its size has fallen to $2.2 billion in June from $22 billion in January (RedSeer data). Companies affected due to this are Oyo, MakeMyTrip, Yatra, Treebo, and other famous ones. This has led to recession.

Mobility is another sector, which is affected by pandemic. Companies like Ola, Uber, Bounce, Vogo, and others are hit hard by pandemic with no growth and cutting of jobs. Though Swiggy and Zomato were badly hurt as people preferred cooking at home, the companies were listed in the top 15 by RedSeer’s index as consumers appreciated their effort of protecting employees and customers through contact-free delivery and continuous temperature checks.

As reported by RedSeer, last year there were only 232 million paid internet users among 583 million internet users in India. From 232 million, 135 brought products from e-commerce platforms indicating the sloth growth of internet economy. From RedSeer, the same people were buying from the internet platforms. The only difference is that people buying only a few times were forced to buy more times.

As per the RedSeer associate director, Mrigank Gutgutia, “The overall growth hasn’t increased much. Yet there is slight increase in numbers of serious buyers across multiple platforms.” According to him, this change would at last change the dynamics of super apps. Super apps on internet platforms owned by Tence, Alibaba, and Meituan-Dianping who offer e-commerce services and products, travel bookings, food deliveries, and cab bookings are not able to implement their concept of having all-in-one in a single application in India till now. India’s depth and width in the internet economy are boosted by Paytm, PhonePe, and Amazon Pay. These are on the path of becoming super apps.