Jeff Wiener, CEO Of Linkedin Announcing His Resignation From The Position After 11 Years 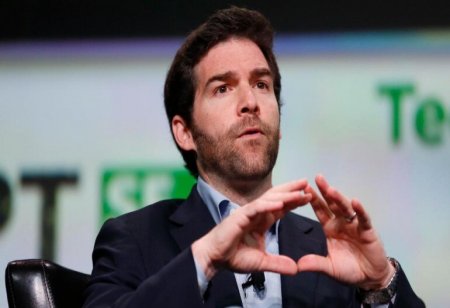 Bangalore, India – 10 February, 2020: CEO of LinkedIn, Jeff Wiener is stepping down from his position after 11 years. He announced his resignation through a post in LinkedIn that he will be vacating his post on May 31st 2020. Current vice president of products Ryan Roslansky will be taking charge from June 1st 2020 and Jeff Wiener will join as the executive chairman of LinkedIn board.

"When you're fortunate enough to work at the right company, with the right people, at the right time, a job can become something much greater than just a job. This job has been the greatest, most fulfilling

and transformational professional experience of my life. Simply put, it's been a dream job," wrote CEO Jeff Weiner on his LinkedIn profile while making the announcement.

His post expresses a thanks giving to the co-founder of LinkedIn, Reid Hoffman and appreciates him for his success and doing his duty and responsibilities which uplifts the company.

Jeff Wiener as the executive chairman of the board will be responsible to report to his leadership team. He also said that he will follow the vision laid out by the co- founder Reid Hoffman.
LinkedIn is a business and employment oriented American service provider that functions through mobile applications and websites. This is founded on 2002 and launched on 2003 and is primary used to employers posting jobs and job aspirant uploading their CVs. From 2016, LinkedIn is completely owned subsidiary of Microsoft. By 2020, LinkedIn has 16000 workers and around 675 million registered users all over the world. LinkedIn helps the job seekers and employers to connect. In the year 2017, LinkedIn has launched new interface, when people try to connect each other, they will ask to select on how they know the person and it allows connecting with people whom we know.

Jeff Wiener is a businessman from America and the Chief Executive Officer of LinkedIn. He started his career in LinkedIn in the year 2008. He completed his graduation in Bachelors of Science in Economics from University of Pennsylvania in the year 1992. In the beginning of 2001, he worked with Yahoo for more than seven years. He worked with LinkedIn for 11 long years and declares his resignation from the company through a post in LinkedIn.